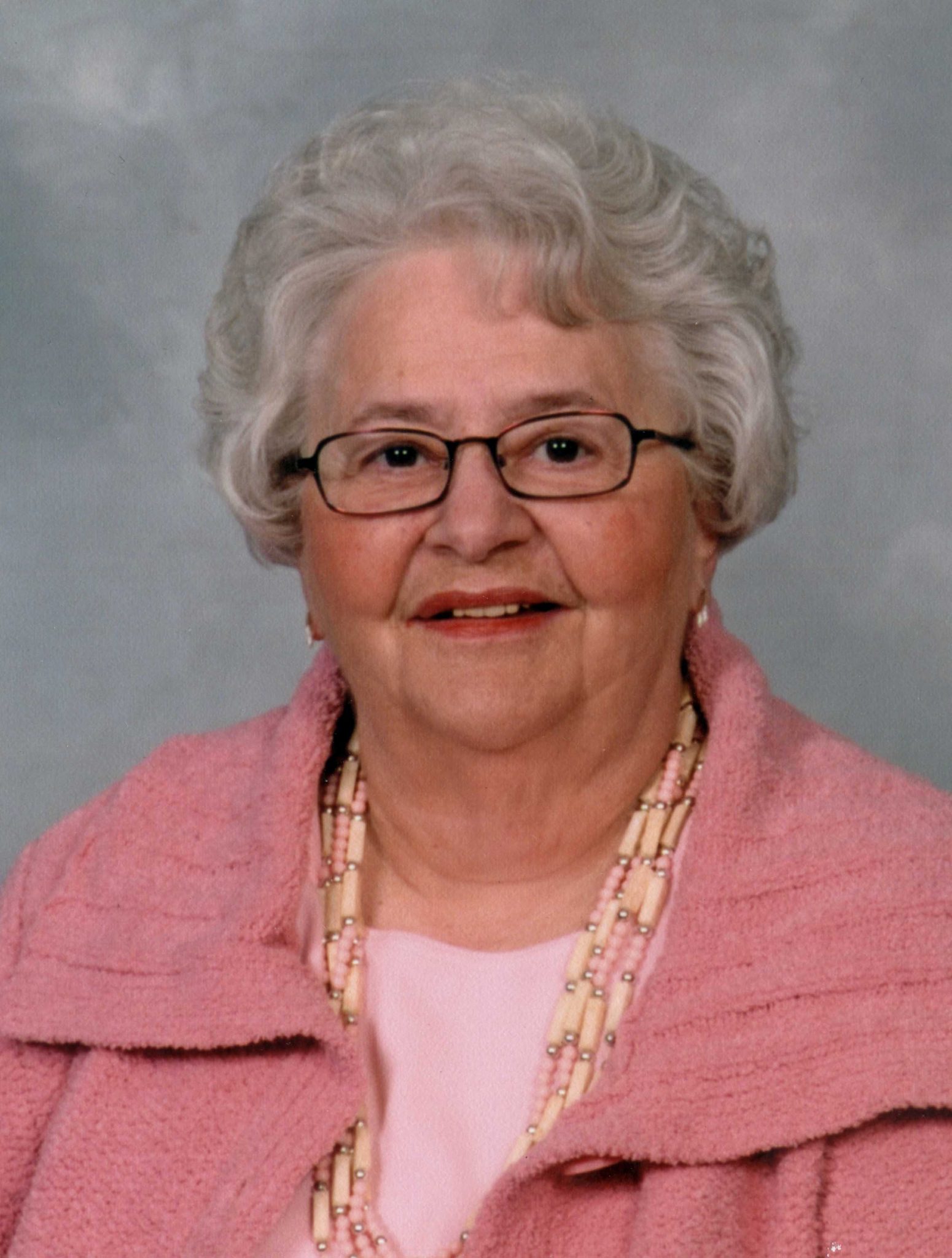 Lorry Lyngstad, age 90, died Friday, July 21, 2017, surrounded by family at her home at Bethany on 42nd. She gracefully accepted her Alzheimer’s diagnosis as it progressively deprived her of the life and freedom she loved. Lorraine Fern Bollinger was born on December 14, 1926 at the family farm home near Pollock, SD to John J. and Myrtle (Kluckman) Bollinger. She attended a one-room, rural schoolhouse in grades 1-8. She graduated from Pollock High School in 1944 and within two weeks was enrolled in the Cadet Nursing Program in Bismarck, ND obtaining her R.N. degree in 1947. During that time she met R.G. “Bob” Lyngstad who had returned from serving in WWII. They were married at Zion Lutheran Church in Mobridge, SD on June 20, 1948. The young couple moved to St. Paul, MN where Lorry worked as a psychiatric nurse at Miller Hospital. Their two sons, John and Rob, were both born in St. Paul and the family began worshipping at the Presbyterian Church. R.G. took a position with E. W. Wylie and the family moved several times during the span of a few years, including places in Wisconsin, Minnesota, and Grand Forks, ND. The family eventually moved to Woodland Hills, CA when Bob became an independent general contractor. Lorry always thought about this time as a learning experience in which they were privileged to make many friends along the way. While in Woodland Hills, Lorry worked part-time as an obstetric nurse and eventually took a position in a private practice office as a R.N. and Office Manager. Their daughter, Ann, was born while living in CA. In 1965, they moved back to St. Paul, MN before moving to Detroit Lakes, MN in 1973 and Fargo, ND in 1975. Both Bob and Lorry loved to travel - there were trips to Norway and throughout Europe. Upon Bob’s retirement, they took a six week trip to Alaska. On their 50th wedding anniversary, they flew around the world in 24 days on the Concorde. They also enjoyed time spent at their Island Lake home and winters in Scottsdale, AZ. Lorry truly delighted in being a volunteer at the Roger Maris Cancer Center at MeritCare in Fargo. Lorry is survived by her children: John (Elizabeth), Fargo, and their children: Stephen (Taylor) of Fargo and Lauren of Dallas, TX; Rob (Karla) and their children: Katie (Josh) Johnson- Brady and Beckett, John Robert (Alexandra) - Amalia and Ellie, all of Fargo; Ann (Jerry) Weflen, Sioux Falls, SD, and their children: Kristi (Dr. Kevin) Macadaeg - Cole, Caleb, Eliana and Christian all of Indianapolis, IN, Kari (Tom) Loofe - John, Luke, Mark and Mattie all of Sioux Falls, SD, Craig, Sioux Falls, SD, and Allison (Christopher) Tobin-Campbell of Fort Collins, CO. Lorry is also survived by her only sister, Donna (Melvin) Buus of Kingman, AZ. Lorry is preceded in death by her husband R.G. (Bob) Lyngstad, her parents, in-laws and many other beloved relatives and friends. Lorry’s family would like to thank the staff at Bethany on 42nd for the wonderful care and professionalism she received over the past 2+ years. Her family would also like to thank the Sanford Palliative Care Unit and Red River Valley Hospice staff for assisting them in the last week of her life. Lorry will be remembered by all who had the privilege of receiving her cards, generous gifts and true commitment to relationships. Her zeal for life and positive outlook will continue to live on within all of us. A celebration of Lorry’s life will be held on Wednesday, August 16, 2017 at 1:30 p.m. at the Boulger Funeral Home, Fargo. A private service will be held at the Mandan Veteran’s Cemetery. To honor Lorry memorials may be directed to: YWCA Cass-Clay, First Presbyterian Fargo, or a charity of your choosing.