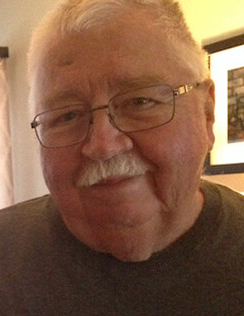 Dale (Tom) Soderberg passed away April 30, 2022 after an illness, while receiving the exceptional care of Edgewood Healthcare Fargo, Hospice of the Red River Valley and his wife Julie. Other loving family were also present with Dale at the end of his life.

Dale was born on March 26, 1938 in Soudan, MN, the son of Carl and Bertha (Westerin) Soderberg. Dale attended Tower-Soudan Schools and graduated from high school there. Dale then received his undergraduate education at the University of Minnesota Duluth and went on to become a proud alumni of the University of Minnesota School of Dentistry. He served in the Army Medical Corps for several years, stationed at Hohenfels Army Base in Germany. Dale later owned a dental practice in Ely and Tower MN until he retired.

Dale was fiercely independent and an adventurer who traveled the world, enjoyed hunting and fishing, had a private pilot’s license and flew loved ones on trips in his float plane. Dale and his wife Julie built a hobby farm in Embarrass MN that was beloved by Dale and where they lived together until the time of his illness. He was known for his humor, which he continued to share with family and friends until the very end.

Dale is survived by his devoted wife of 42 years, Julie, his daughter and son-in-law Kirsten and Jonathan Husebye and beloved granddaughter Maya (who carries on his fierce and funny spirit). He is also survived by his sister Karen Karni of New Brighton, MN and many extended family members. Dale was preceded in death by his parents, members of his extended family and multiple dear friends.

In lieu of flowers, donations are appreciated to the Alzheimer’s Association, Humane Society, or Hospice of the Red River Valley.

Comments are not displayed until approved by a member of our staff.