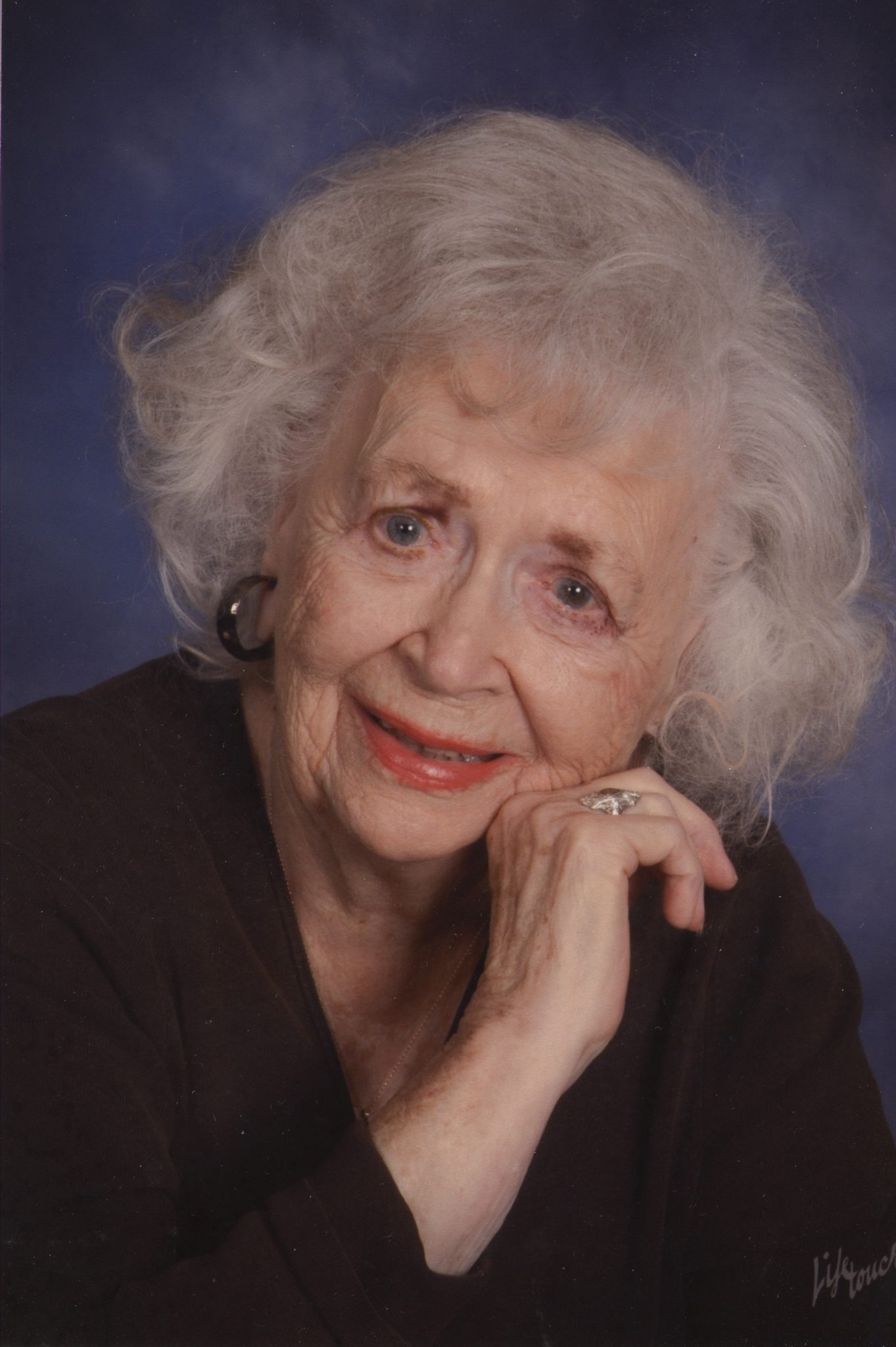 Dorothy “Dot” Torok died at Elim Care Center, Fargo, ND, on September 5, 2017. Dorothy Hildegarde Ayd was born to Chris and Theodora “Dora” (Hoffbauer) Ayd on February 22, 1920, in St. Paul, MN. Dot received her education at Nativity Grade School and Derham Hall High School, St. Paul, where she had many fond memories of an excellent education by the dedicated Sisters of St. Joseph. She graduated from high school in 1938. Our mother told many stories of her wonderful teenage years playing sports, (basketball included teas with the opposition after a game!), attending dances, and summering at White Bear Lake. Dot met her future husband while at a St. Thomas Academy dance. Awaiting Lou’s return from the Philippines during World War II, she worked in the dress department at the Golden Rule Department; later working for the Northern Pacific Railroad routing trains. Lou and Dot were married on June 27, 1945, at the Church of the Nativity of Our Lord, St. Paul. They lived with her parents due to the shortage of post war housing. Eventually they moved to a duplex on Grand Avenue, St. Paul, and in 1951 built the first of their two homes in Edina, MN. In 1962, our family of five moved to Fargo, ND, where our dad continued working in the hotel business. Shortly thereafter, at age 45, five became six with the birth of our brother, Pat, and Dot once again became a young mother. Dot was known for never revealing her age; she lived her high school yearbook photo caption “she’ll never grow old.” Dot was also known for loving life: having fun and a dry sense of humor, entertaining, and visiting. Manners and respect were important to her. At age 12, she learned to play bridge. Through the years, she developed many friendships at the bridge table in both the Twin Cities and Fargo. She was active in the Sertoma Club and the North Dakota Republican Party. Tailored, current fashion and contemporary design interested her as did clipping and sharing recipes. Dot was always ready for a game of cribbage (and she didn’t like losing!). She challenged herself with the New York Times crossword puzzles and cheered for the Vikings, Twins, Bison and Deacons. She enjoyed traveling at home and abroad. Dot and Lou were members of St. Patrick’s Catholic Church, Edina, MN, then Holy Spirit Catholic Church, Fargo. For the past fifteen years she was a member of Sts. Anne and Joachim Catholic Church, Fargo, ND. After Lou’s death, in 1990, she resided at Tucker Pointe, One Oak Place, and in 2015 moved to Elim Home, all in Fargo. Most of all, our mother truly embraced her Catholic faith, imparting it to her children whom she loved dearly. She was a strong, caring woman devoted to her husband and family. Dorothy is survived by four children: Barbara (Bill) Sturdevant, Moorhead, MN; Jim Torok, Fargo, ND; Judy (Rudy) Bachelor, Chisago City, MN; Pat (Lori) Torok, Thompson, ND; eight grandchildren: Nan Fort, Moorhead, MN; Tucker Sturdevant, Gillette, WY; Betsy (Russ) Boyle, Fargo, ND; Christie (Tom) Doran, Chisago City, MN; David (Amanda) Torok, Fargo, ND; Danny (Tori) Torok, East Grand Forks, MN; Chris Torok, Thompson, ND; Amanda Torok, Grand Forks, ND; thirteen great-grandchildren: Tre’ Fort; Trent, Joe, Miah Sturdevant; Molly, Mandy, Brady Boyle; Tanner, Annabelle, Jillienne, Callie, Lucy Doran; and baby Torok (David and Amanda) to be born in February 2018; and many nieces and nephews and their families in Minneapolis and in her beloved St. Paul. She is predeceased by her husband; sister and brother-in-law, Lucile and Bill Hutchings; brother and sister-in-law, Ken and Phyllis Ayd; and great-grandson, Trevor Sturdevant. Memorials preferred to Saint John Paul II Catholic Schools, Fargo, Birthright or CHI Hospice, or the charity of your choice. A special thank you to her Elim staff for their excellent care, compassion, and friendship, and to Val, her hairdresser and friend. Visitation will be from 5-7 p.m., with a prayer service at 7 p.m., Tuesday, Sept. 12, at Boulger Funeral Home and Celebration of Life Center, Fargo. Visitation will continue from 9-10 a.m., followed by the Mass of Christian Burial at 10 a.m., Wednesday Sept. 13, at Sts. Anne and Joachim Catholic Church in Fargo. Burial will be in Holy Cross North Cemetery in Fargo.