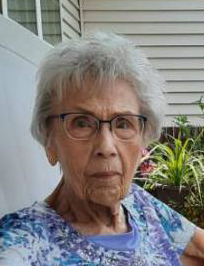 Roberta Ann Enger Southam, 85, Fargo, died in her home at Touchmark on September 11, 2021. Roberta was born May 7th, 1936, in Moorhead, MN to Ernest and Teresa Enger. She was raised in Halstad, and Montevideo, graduating from Montevideo High School in 1954. She attended North Dakota Agricultural College (now North Dakota State University), obtaining a Pharmacy degree in 1958. She was a member of the Kappa Alpha Theta sorority and was a four-year member of the Gold Star Band. She married Jack Southam of Mohall, ND June 16, 1957. Roberta worked as a pharmacist in ND and NC before she and Jack purchased the City Drug Store in Mohall, ND. She was very active in Mohall business and community promotion. She was elected president of the North Dakota Pharmaceutical Association and served from 1983-84. She and Jack were the first husband and wife to both serve as president of the North Dakota Pharmaceutical Association. In 1990 she was appointed by Governor Sinner as a member of the North Dakota State Board of Pharmacy and served as its first woman president in 1993-94. In 2010 the board honored her with lifetime licensure as a registered pharmacist. Upon retirement in 2000 she and Jack took a long-awaited dream vacation to Norway, several cruises, and spent winters in Mesa, AZ. Roberta enjoyed her many friends, playing bridge, family activities, holiday decorating, watching NDSU Bison football and attending the Norsk Hostfest. Roberta was a current member of Olivet Lutheran Church, Fargo, and the Sons of Norway Thor Lodge, Minot, ND. Her husband of 63 years preceded her in death in March 2021. She is survived by her children Michael, Chicago, IL, Patrick (Susan) St. Pauls, NC, and Heather, Bloomington, MN. Sister-in-law and brother-in-law Carol and Don Erickson, Mohall, ND, a niece and nephew, and many cousins. The family would like to extend special thanks and gratitude to Hospice of the Red River Valley for their loving and compassionate care. Memorials may be directed to the Hospice of the Red River Valley, the NDSU Class of 1956-58 Pharmacy Scholarship Fund, or Olivet Lutheran Church. Flowers are appreciated.