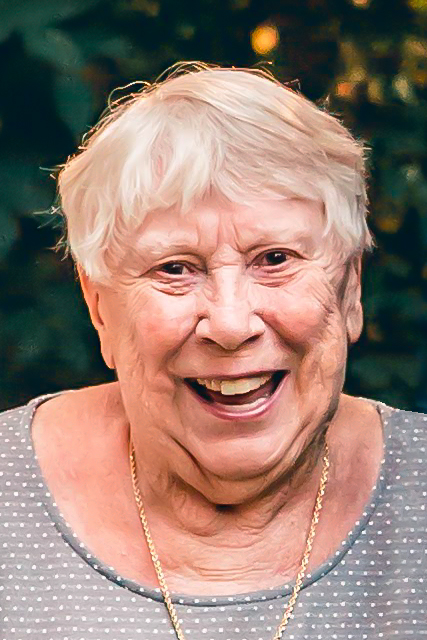 Pauline J Mears passed away surrounded by loving family at Sanford hospital Fargo on January 12, 2022. Pauline Helen Jorgenson was born June 19, 1940 in Grafton, ND to Theodore and Josephine (Donnelly) Jorgenson. She graduated from Grafton High School in 1958 and attended one year of college where she took business courses. She married John (Jack) Arnold Miller in 1962. Jack passed away in 1973 leaving Pauline to raise their two daughters – Nanci Jo and Constance (Connie) Allene. Pauline, also known as Punky, worked at Metropolitan Federal Savings and Loan in Grafton for 24 years and received great accolades on not only her compassion for customers but also her leadership and dedication to the business and community. Pauline married Simon Edward Mears in 1974 and welcomed his daughter Kandis with open arms. Pauline and Simon moved to Denver in 1983 and later to Texas followed by California. They eventually moved back to North Dakota to be near family. Pauline took various part time jobs but was mostly dedicated to being the ‘Mears household business manager’. After the blizzard of 1996, Pauline and Simon relocated to Arizona. They enjoyed traveling the country in their motorhome and met a goal of visiting 13 presidential libraries, enjoyed a 50-day tour of Alaska while making many new friends, and built many long-lasting memories. Over the years, Pauline and Simon enjoyed hosting get togethers in AZ for their Grafton friends, Rugby friends and neighborhood friends. They were well known for Reuben sandwich parties and sharing homemade egg nog around the holidays. Affectionately known as ‘Grandma P’, she loved to play Rummikub or Kings Corner. She had a unique sassiness which often had us in stitches and made the most amazing potato salad. She loved to watch her westerns on TV even if they conflicted with important football games for her sons-in-law and grandsons. Pauline was a meticulous record keeper and could tell you who fixed the furnace and for how much back in 2006 or what graduation gift was given to a niece or nephew many years ago. Unfortunately, the underlying condition of emphysema was unbeknownst to us and Pauline was admitted to the hospital in early December 2020 with pneumonia and Covid-19. She recovered and was released from the hospital with a plan to relocate from Mesa to Fargo to be closer to Nanci and Connie. In early January, Pauline was not feeling well and was having breathing issues. She was again admitted to the hospital where her oxygen level quickly depleted and her lungs were not healthy enough to recover. With such a similar circumstance to Simon’s, she made a choice for ‘comfort care’. Family had the opportunity to hug, cry, laugh, and share wonderful memories as Pauline prepared for heaven – hugging her rosary and a picture of Simon. Surviving family includes three adoring daughters – Nanci (Wayne) Dauwen, Kandis (Adam) Gries and Connie (Glen) Altringer. Pauline was so proud of her six grandchildren – Katie (Jake) Eissinger and Amanda (Luke) Hill, Harrison and Tatum Gries, and Hannah and Brayden Altringer. She is also survived by one sister – Alvina Travers. She was preceded in death by her loving husband – Simon, parents, sister – Jackie Roberts, and other beloved family and friends. A funeral mass will be held at 10 am on April 1, 2022 at St. George Roman Catholic Church in Apache Junction, AZ. Pauline will be laid to rest alongside Simon at Mountain View Funeral Home & Cemetery in Mesa, AZ. The family wishes to thank you for the prayers and support during this difficult time.