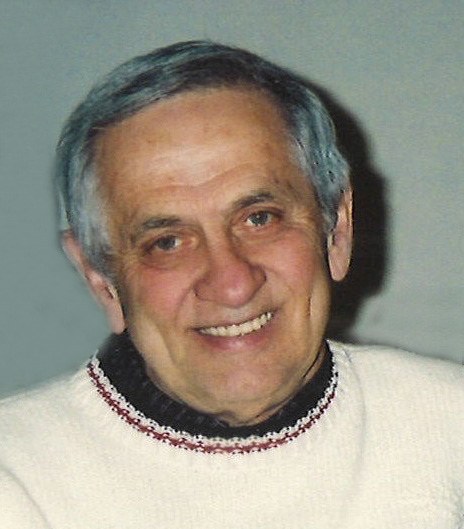 https://vimeo.com/event/577915 Allen D. Holm Sr., age 87, resident of Fargo, North Dakota, died on December 17th, 2020 at Sanford Hospital in Bismarck where he was surrounded by the love of his family. Allen Dale Holm was born on January 14th, 1933 in Fargo, ND to Harry C. and Anne (Nowatzki) Holm. After the death of his birth mother, Harry remarried Mary “Mae” Manasterski who raised Allen from the age of three. Growing up, Allen attended Fargo Central High School. On January 23rd, 1951 he entered the service. He was stationed for a while in Germany and then served with the 485th Combat Engineers, part of the 8th Army in Korea. He was discharged on January 18th, 1954. Allen married Betty Jean Fink on June 18th, 1954 in Fargo. They lived for a short while in Minneapolis before returning to the Fargo area, where they made their home in West Fargo. Throughout his life, Allen was a hard worker and good provider. He was employed by Corwin Churchill as a service manager for several years. Following that, he also worked for West Fargo Public Schools and S-M Enterprises. Allen had a strong faith in God and Bible study and fellowship were very important to him. He was a kind and loving person who always put the needs of his family first. He was so proud of his children, grandchildren, and great-grandchildren, never missing any special events for family. Allen will be greatly missed by his six children, Allen D. Holm Jr. (Mona) of Fargo, David (Robyn) Holm of Fargo, Todd (Gayle) Holm of Fargo, Lisa (Ward) Kelsch of Bismarck, Timothy (Karla) Holm of Fargo, and Thomas Holm of West Fargo; his sixteen grandchildren, Jessica (Travis) Magnuson. Morgan (Eric) Elstad, Andrea (James) Jensen, Hillary (Nick) Hamilton, Erik Holm, Nicole (Bryan) Larson, Ashley Holm, Allison (Tyler) McDougall, Joshua (Kimberly) Holm, Mathew Holm, Jacob Holm, Kelsey Holm, Christopher (Liliana) Holm, Nicholas Holm, Kaitlyn Holm, and Seth Holm; his seventeen great-grandchildren, Ethan and Madelyn Larson, Ryan, Abby, and Zoey Hamilton, Marissa and Hunter Elstad, Kellen and Cooper Magnuson, Kaycen Holm, Clark and Cora Jensen, Lucy McDougall, Brock Lehn, Aiden and Amelia Holm, and Silas Holm; his brothers, Daniel (Edna) Holm of Fargo, John (Joann) Holm of Minneapolis, Patty (Roger) Bakken of Minneapolis, and Dorthy Hough of Grand Forks; his sister-in-law Sandra Sommers of Fargo; and numerous nieces, nephews and friends. He was preceded in death by his wife, Betty; his father, Harry; his mothers, Anne and Mae; his brothers and sister, Harry, Joseph, James, Robert, Frederick, Morris, and Judith; his father-in-law, Arthur Fink; his mother-in-law, Ann Lucier; and numerous brothers and sisters-in-law. A visitation will take place from 9:00-10:00 AM followed by a memorial service at 10:00 AM Monday, December 28th at Boulger Funeral Home in Fargo. Burial will follow at Riverside Cemetery. Arrangements entrusted to Boulger Funeral Home and Celebration of Life Center, Fargo. Online Guestbook: www.Boulgerfuneralhome.com