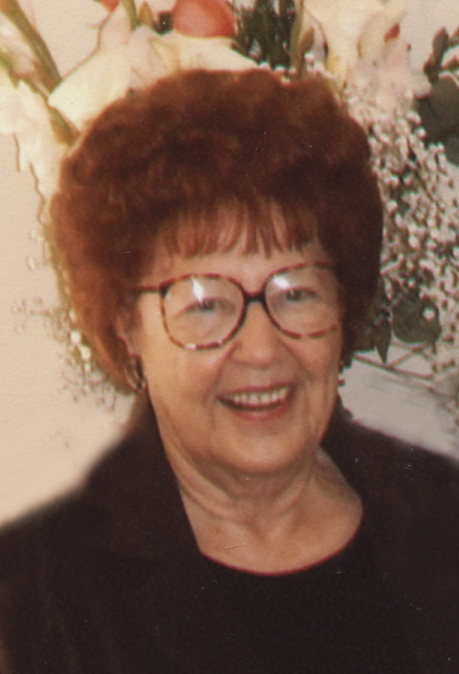 Millie Garske was born on January 26, 1924, the youngest of eight children born to Barbara and George Bryl in Cando, ND and raised in Webster, ND. She was an active participant in her family’s farming lifestyle and learned the value of hard work. She also enjoyed the experience of her family’s love of music with her brothers’ band and their Sunday polka dancing events on various farms. She met and married the love of her life, Thomas Clinton Garske in April 1948. They initially lived in Grand Forks and moved to Fargo in the early 1950s where, together, they successfully raised their five children. She and Tom established a summer home on Big Cormorant Lake more than sixty years ago which remains a place of enjoyment and camaraderie for the family. Millie was particularly grateful to travel extensively with Tom including trips to Rome, Mexico, Puerto Rico, Spain, Japan and many other points in between. Alongside her husband, they established numerous entrepreneurial businesses and owned rental properties. Unfortunately, Tom passed away early unexpectedly. But Millie knew how to hold her own; she was assertive, a good negotiator, independent and competent in the business world. She was a long-term member of Holy Spirit Church, was an avid member of Catholic Daughters of the Americas and was involved in numerous volunteer activities. Within her deeply held faith, she quietly offered her concern and care to many. If Millie knew that you were burdened or in pain, she silently and privately prayed that your burden would be eased. She also offered this gift of prayer to hundreds of others over the years, serving through the church prayer chain. Millie’s humor carried through her entire life. She had a unique ability to bring humor and laughter to situations even at her time in Eventide where she was known for doing just that. Millie took great pleasure with sharing her life, humor, and time with her five grandchildren and two great-grandchildren that included attending their special activities and performances. Millie was preceded in death by her husband, Thomas Clinton; her oldest child, Thomas Jr.; and her granddaughter, Mary Amorette. She is survived by her three sons: Rick (Teresa), John (Deb), Jim (Teresa) all of Fargo and her daughter, Donna, of San Rafael, CA; her grandchildren: Alee (Ross) Smith of Fargo, Katie Garske (Lucas Hall) of Niceville, FL, Nathan Garske, of White Bear Lake, MN, Kristen and Jordan Garske of Fargo; her great-grandsons: Link Smith and Hobie Smith of Fargo The family would like to express their gratitude for the kind support the Eventide Moorhead family provided. In lieu of flowers, the family requests donations be provided to Diocese of Fargo TV Masses, 5201 Bishops Blvd, Suite A, Fargo, ND 58104.