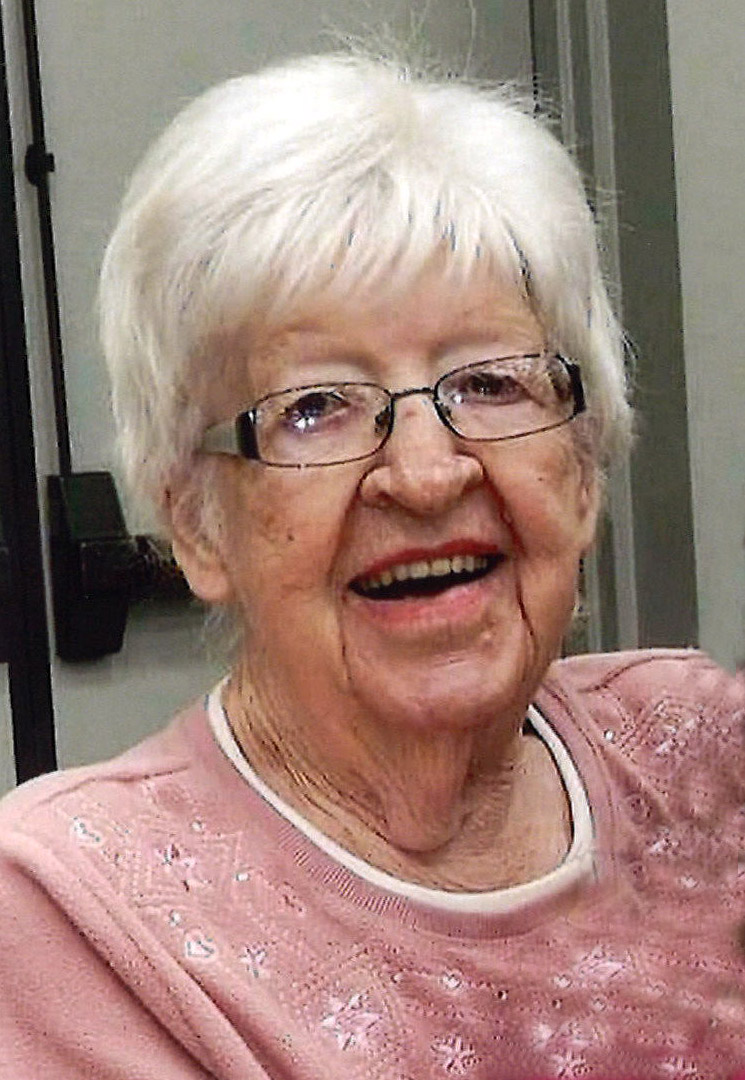 Arla V. Hacker, age 86, of Fargo, ND, passed away on Wednesday, December 15, 2021, surrounded by her loving family. Arla Halvorson was born on April 20, 1935, the daughter of Orlean and Lorraine (Peterson) Halvorson. She was raised in Twin Valley, Minnesota, along with five other siblings. In March of 1963, Arla married the love of her life, Ervin Hacker, and together they were blessed with two daughters. They began to raise their family in Bloomington, Minnesota. In April 1971, Ervin passed away, leaving her to raise her daughters on her own. Arla spent a few years in Bloomington and then in the summer of 1975, she moved to Fargo to be closer to her family. Arla worked many years at Americana and Villa Maria nursing home. She spent 25 years taking care of the elderly - retiring at the age of 61. Arla was well known for her mischievous sense of humor and a good game of Kings in the Corner. She enjoyed family gatherings and holidays. She also enjoyed spending time with her grandchildren and two sisters; Collean and Judy. Arla, Collean, and Judy often referred to themselves as the 3 musketeers. The 3 musketeers were often spotted heading south on I29 with their loyal companion and chauffeur, Duane. She was forever grateful for their love, support, and companionship. Arla is survived by her two daughters - Debra (Greg) Cummings of Horace, North Dakota; and Sandra (Steven) Ackerland of West Fargo, North Dakota; her four grandchildren - Shawn, Kayla, Joseph, and Brianna; and her four great-grandchildren - Chase, Kadence, Aubrielle, and baby Wetzel. Also surviving are her two sisters - Collean and Judy; and her brother, Jerry. Arla was preceded in death by her beloved husband Ervin Hacker; her parents Orlean and Lorraine Halvorson; her sister Elaine Bergson; her brother, David Halvorson; and a brother in infancy. Arla will be laid to rest at Fort Snelling with her husband, Ervin. Arla’s girls pray that your treasured memories with her will always keep you strong and bring a smile to your face.