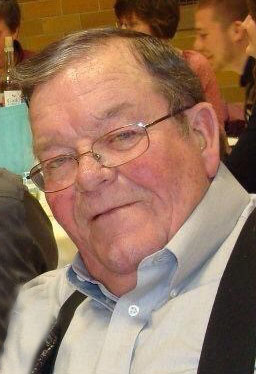 Arlin's Live Streamed Funeral Service can be viewed below (if something happens with the wifi connection at the church, it is being recorded and will be posted later): Arlin's Live Streamed Prayer Service can be viewed below: Arlin Kermit Munter, 82, Moorhead, MN passed away Wednesday, September 22, 2021 at Essentia Health, Fargo. Arlin was born on November 28, 1938 in Buxton, North Dakota to George and Clara Munter. He graduated from Climax, MN High School. He married Loretta Mjoness on September 12, 1959 at Our Savior’s Lutheran Church, Hillsboro, ND. Arlin was employed at the Farmer’s Elevator from 1959-1961 at Finley, ND. In September, 1961 they moved to Moorhead, MN and he was employed by Wilco Company and Interstate Payco Seed Company. Arlin retired part-time at the age of 57 from Interstate Payco Seed Company and at the age of 65, he retired completely to be able to travel and go camping which he thoroughly enjoyed. He loved to play card games and garden and most importantly, he loved spending time with his grandchildren and great-grandchildren. He also enjoyed going out to dinner with his family. Arlin is survived by his wife, Kaye, his children; Brad (Linda) Munter, Tamie (Bruce) Highness, Randy K. Munter, grandchildren; Chris Highness, Melinda Lab, Tyler (Amber) Highness, Amanda Sue Highness, Matt Laidlaw, Nick Munter, Britni Munter and step-grandson, Nathan Storrs. He is also survived by his 5 siblings; Gene (Sharon), Roger (Sharon), Everette (Alice), Evelyn McNamara, Ron (Ilene), great-grandchildren, Hayley Highness, Eloise Soberg, Jaxson B. Munter, Bentley Highness, Jayley Kay Highness, Leo Highness, Liam Tyler Highness, and many nieces, nephews and friends. He was preceded in death by his parents, George and Clara Munter, his sisters, Vera, Linda and Eva, brothers, Jerry, Brian, Leslie, Dennis and Gillette. Arlin's Video Tribute can be viewed below: