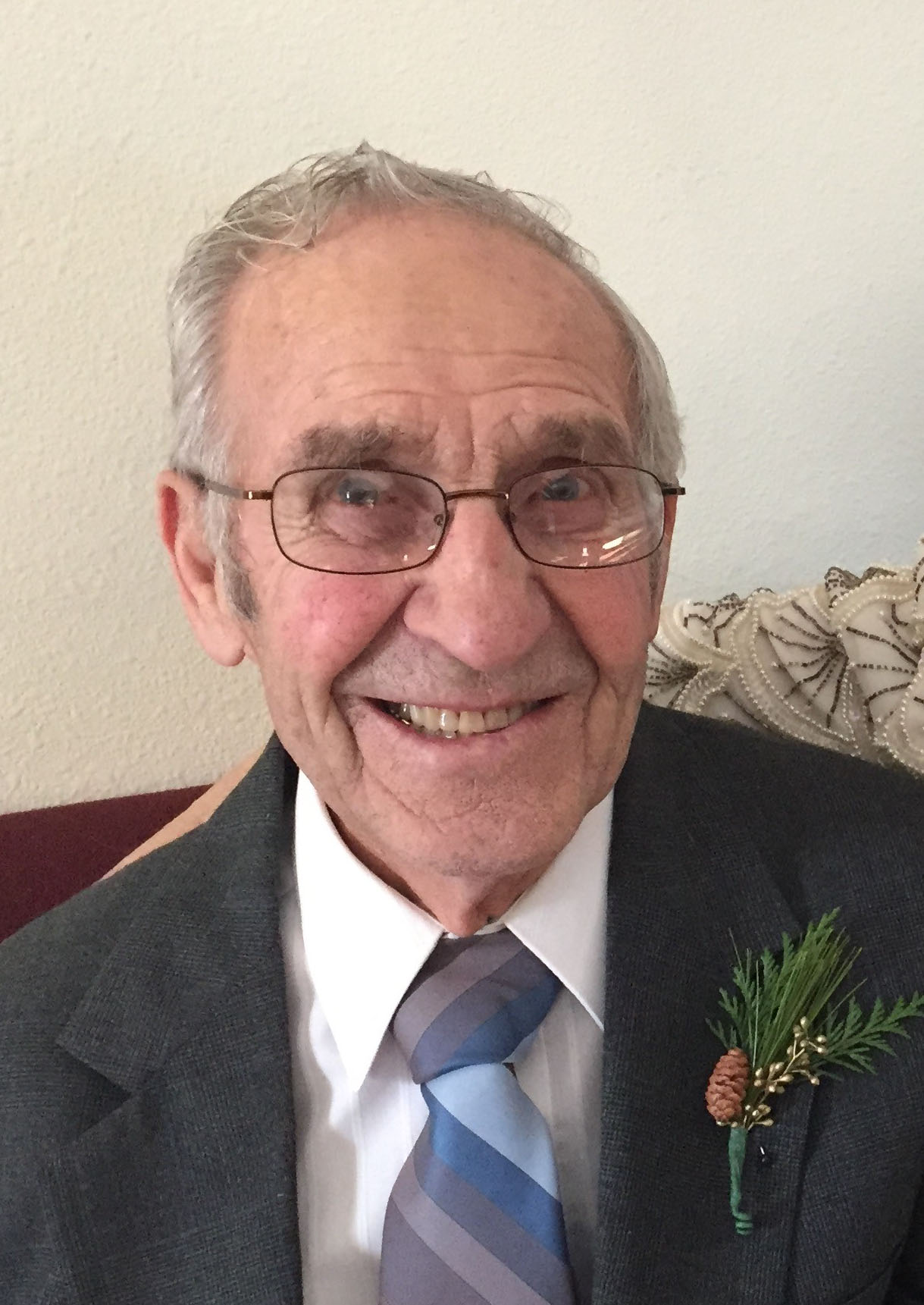 Augustin “Gene” Tschosik, age 83, of Fargo, formerly of Strasburg, ND, passed away peacefully on January 15, 2019 at Sanford Hospital with his loving family at his side. Gene was born on the family farm near Strasburg on July 21, 1935, the son of John and Mary (Heinz) Tschosik. He grew up in this area and received his education. Gene proudly served his country in the United States Army and returned to North Dakota after he was honorably discharged and took over the family farm. Gene was united in marriage to Marlene Gartner on June 11, 1966 in Bismarck, ND, by the priest that introduced them, Father Paluck. Together they made their home on the family farm where they worked for many years and raised their family. They moved to Fargo in 2014, and have most recently made their home at Touchmark. At Touchmark you could find him tossing bean bags, leading the rosary or drinking coffee with any of the many friends he made. You could always find him walking the halls sharing stories or jokes with staff and other residents. Gene was a man of strong faith always having his rosary with him. Everyone loved him because of his huge heart and contagious smile. He was forever a jokester - always quick to share a story. In later years, Gene started baking which he shared every week for the people at the YWCA. His grandchildren were truly the light of his life. From the minute they were born, he would rock and sing to them for endless hours. He loved attending all of their sporting events and activities. Gene is survived by his wife, Marlene of Fargo; his children - Mary (Dan) Piwowar of Royalton, MN; Lyle Tschosik of Roseville, MN; Lynn Tschosik of Fargo; Loren (Melissa) Tschosik of Fargo, ND; Sr. Maria of Jesus Crucified (Dannette); twelve grandchildren and one great-grandchild. Also surviving are his siblings - Rose, Adele, Al, Ed and many nieces and nephews and cousins. Gene was preceded in death by a son, Darnell; his siblings - Adam, Helen, Victor, Tony, John, Regina, Agatha, Joseph, Diane. Prayer Service will be held at 7:30 PM Friday, January 18, 2019 at Sts. Anne and Joachim Catholic Church, Fargo, ND. Funeral Mass will be held at 2:00 PM, Saturday, January 19, 2019 at Sts. Anne and Joachim Catholic Church with visitation beginning one hour prior. Burial will take place at a later date at the National Veterans Cemetery in Fargo.