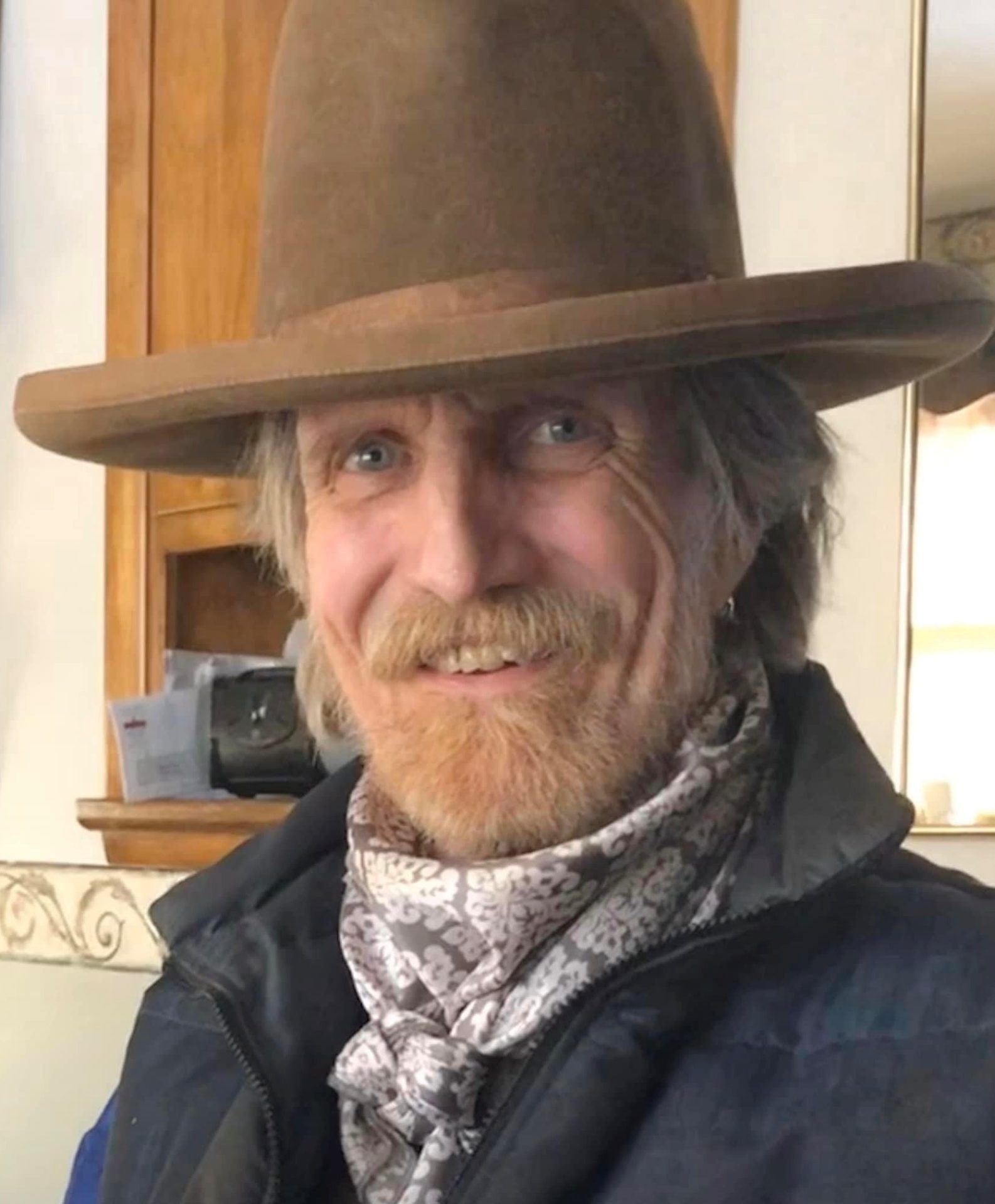 BERNELL ALVERN SANNES, 69, of Fargo, ND, passed away on February 4th, 2022, after a courageous battle with esophageal cancer, at home surrounded by his loving family. On March 7, 1952, Bernell was born in Fargo to Albert and Gladys Sannes while Albert was Superintendent of Schools in Robinson, ND. The family moved to Fargo by the time Bernell had reached school age. He attended Lincoln Elementary, Agassiz Junior High, and in 1970, he graduated from Fargo South High School. Bernell always preferred country living over city life. It was often said of him that “he was born with his boots on!” I might add, “…and a cowboy hat, too!” He was rarely without one! He totally enjoyed riding the hills and prairies on horseback with his brother and cousins, and helping his uncles out on their farms in Tuttle and Oriska, North Dakota. He spent as much time as he could out there, including most of his summers. Mom often said of both Bernell and his brother, Barry, that they were “born 100 years too late!” Bernell had artistic abilities - in particular, he loved drawing and painting horses and western scenes. He attended Bismarck Junior College (now Bismarck State College) from 1970 to 1972, studying commercial art. He sometimes wished he had put more time into developing his art skills. He’s done some beautiful work! While in school, he worked part time for Lee Selling, a ND Rodeo Champion, who had an indoor arena and who taught Bernell the fine art of roping calves and team roping. Always wanting to live in or near the mountains, Bernell headed to Colorado in 1972. For several years, he worked on ranches, first a cattle ranch, and then at Paradise Ranch, a Guest Ranch near Colorado Springs. There, they put on rodeos, so he had a chance to learn riding broncs from guys there who knew how. Got to where he could stay on them more often than not! He rode for several years, but after some victories, some pain, and one too many broken bones, he said he kind of lost his enthusiasm for it and cancelled his plans to be a champion bronc rider. Bernell was a veterinary assistant a couple of years, and also enjoyed wrangling horses for a hunting outfitter. They would go way up in the mountains for a month to hunt deer and elk; Bernell’s job was to get up early, ride out and find the horses, herd them back in, saddle them all up and then ride on out with the hunters after breakfast, all before daylight. In the late 70’s Bernell also worked with a crew setting utility poles in remote mountain areas that heavy equipment couldn’t access. He was high in a tree trimming for a power line right of way when wind pushed a tree felled by another worker into the one he was in. He crashed to earth amidst a flurry of branches with bones in his lower leg fractured. He was airlifted to a hospital via a Fort Carson medivac. Barry stayed with him that summer as he healed and remembers his dry cowboy humor as he quipped “I finally got to ride in a helicopter and don’t even remember it.” That was Bernell’s only broken bone not inflicted by livestock. He started driving for Nationwide Horse Transportation out of Colorado Springs in 1981. He hauled a horse van, transporting horses all over the lower 48 and parts of Canada during most of the ’80’s; he moved horses for people who were moving, buying horses, or for breeding…. It was always a treat when he happened to be passing by his family’s homes and could stop in for a quick visit; we were always thrilled to see him, especially his nieces and nephews, to see the horses! After several years, he decided to find more local work, which included ranch driving for a sand and gravel outfit, and even a stint as security guard in the casinos in Cripple Creek, CO. With Colorado getting more crowded every year, North Dakota looked better to him every time he came home for a visit. In 1997, Bernell decided to move back home. In February of ’99, he began working for Asplin Inc, an Excavation company in Fargo. Bernell enjoyed driving semis hauling sand and gravel for the many building projects going on in the Fargo-Moorhead area. Bernell lived with mom. They enjoyed each other’s company and made each other laugh. He lovingly cared for her in her later years until she passed in 2006. Bernell was an avid reader. He found Scripture passages supporting a flat earth and was always ready to try to convince a doubter! He loved Corgi dogs! Altogether, he had six; three at the same time! Bernell continued working for Asplin until July of 2021, when he quit because of mounting health challenges. He passed away peacefully at home on February 4th, 2022. From an early age, Bernell believed in God. He believed the Bible and trusted Jesus Christ alone as Savior, so we know and are thankful that he is now healthy and home with his heavenly Father! Bernell was a genuine cowboy. He had a kind, gentle spirit, and was a beloved brother, uncle, great uncle, cousin and friend. He left behind his siblings: Candace (David) McDowell, Jamestown, ND; Renee Puza, Fargo, ND; Barry (Becky) Sannes, Laurel Bloomery, TN; nieces and nephews: Jamie (Greg Liddle) McDowell, West Fargo; Chad (Georgina) McDowell, Salinas, CA; Daniel (Christine) Puza, Hoosick Falls, NY; Jessica (Adam) Seitz, Mukwonago, WI; Kari Rodden, Honolulu, HI; great nieces and great nephews: Caida and Collin Rodden, Honolulu, HI; William, Samantha and Carlyn Seitz, Mukwonago, WI; David and Elena McDowell, Salinas, CA., and many cousins and friends. Bernell was preceded in death by his beloved parents, Albert and Gladys Sannes of Fargo, ND. Thank you to Ethos Hospice for their loving assistance in the care of Bernell during his last days.