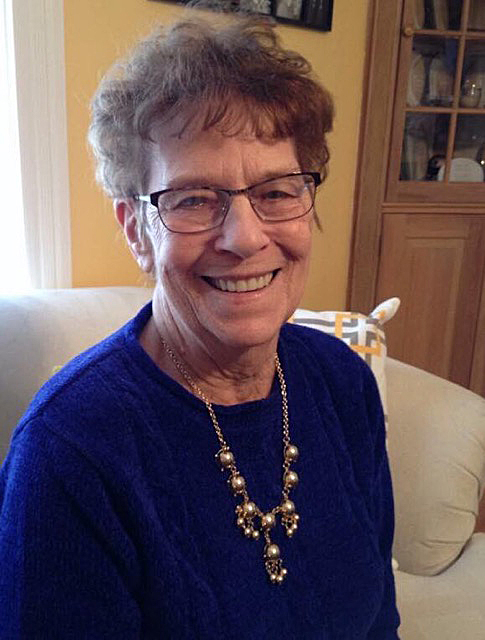 BettyAnn Riemer, 80, Hillsboro, ND passed away on Thursday, January 3, 2019 at the Hillsboro Nursing Home surrounded by her family and under the care of Hospice of the Red River Valley. She was born on September 9, 1938 to Albert and Martha (Melting) Sorum in Traill County, ND. She grew up in the Hillsboro area and attended Ervin Township School. On December 18, 1957, Betty was united in marriage to Vernon Riemer in Tacoma, WA. The couple made their home in Hillsboro, where they raised their five children. Betty worked at the Sorum Café, Hillsboro Nursing Home, and Whiteman’s Bakery. She then worked for Halverson Furniture, Traill County Housing Authority, and Hillsboro Public Schools. Betty was employed at Crystal Sugar until her retirement. Painting was one of her favorite hobbies. It brought her joy and she never considered it work. Betty loved the time she spent camping at Twin Lakes at Naytahwaush, MN. She also enjoyed bowling, as well as her daily dice games. Most of all, Betty cherished the time she spent with her family and friends, and she had a lot of both. She is survived by her children, Rebecca (Donald) Willert of Princeton, MN; Vernon “Punky” (Kristy) Riemer of Hillsboro; Roberta (Ken) Svaleson of Hillsboro; and Roxanne (Jeff) Jevne of Fargo; sister, Sandra (Verle) Peterson of Hillsboro; grandchildren, Justin, Kristal, Tessa, Ariel, Tiffany, Mindy, Molly, Shelby, and Maddie; great-grandchildren, Allana, Alexis, Harley, Zander, Haven, Lilah, and Claire; and many other relatives and friends. She was preceded in death by her husband; son, Todd Riemer; siblings, Earl Sorum, Ethel Cox, Roy Sorum, Ruby Guidice, Mavis Nelson, LaVerne Olson, Lois Grove, Donald Sorum, and Shirley Bartels; granddaughters, Angela and Robin; and son-in-law, Donald Waslien.