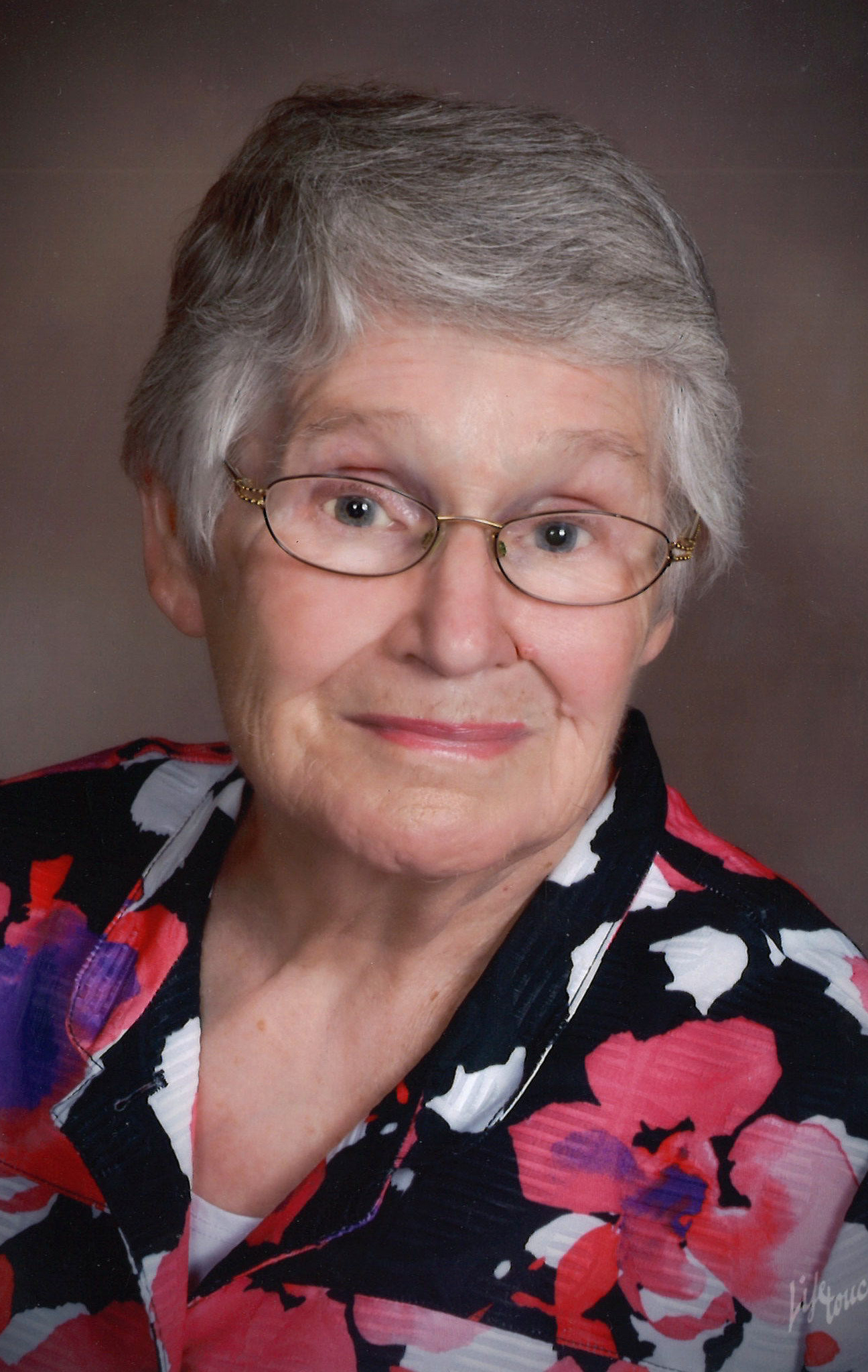 Elizabeth Ann Germaine was born March 9, 1937 in Gladstone, Michigan to Aloysius Elliot and Lucille (English) Germaine. She was raised in Escanaba, Michigan (her father’s hometown) until 1944 and then in Steele, N.D. (her mother’s hometown) before the family settled on South Terrace in Fargo in 1949. She attended St. Mary’s Cathedral School and graduated from Shanley High School in 1955. She graduated from St. Francis School of Nursing in Breckenridge, Minn. in 1958. She worked in the newborn nursery at St. Ansgar’s Hospital, Moorhead, Minn. for three years.

She married George F. Vettel of Cummings, N.D. October 7, 1961 at St. Mary’s Cathedral, Fargo. She and George raised seven children on the Vettel family farm at Cummings. She was a whole-hearted supporter of her children’s activities. She was also active in St. Rose of Lima Catholic Church in Hillsboro as a member of the Altar Society and a CCD teacher. She was a member of Riverside Homemakers Club for more than 50 years. After her children were raised, she worked as an activity assistant at the Hillsboro Community Nursing Home.

Her husband died Nov. 11, 2008. She continued to live on the farm until May 2016 when she moved to Comstock Corner Assisted Living in Hillsboro. She later transitioned to the adjacent Sanford Long Term Care Center in March 2019. She moved to Edgewood in February 2022. She was also under the care of Hospice of the Red River Valley at the time of her death.

The family suggests memorials to the Fargo Catholic Schools Network and Hospice of the Red River Valley.

The family greatly appreciates donations made to these charities in Betty Ann Vettel 's name.