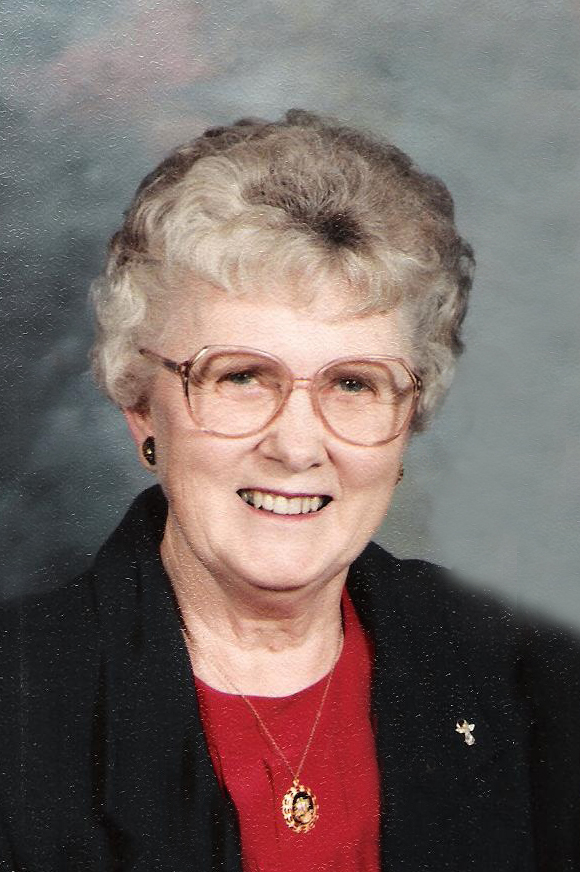 Betty Lou Strand, 88, Kindred, ND passed away on Thursday, March 17, 2016 at Evergreens of Moorhead. Betty Lou was born on April 20, 1927 to Oscar and Clara Thompson of Leonard, ND. She attended a country school in the rural Leonard area and graduated high school from Leonard Public School. After high school she attended Interstate Business College in Fargo and worked for the Cass County Courthouse after graduation. On September 19, 1948 she was joined in marriage to Donald Strand from Abercrombie, ND. They made their first home in Fargo, ND, where Donald was employed at a grocery store. A year later the opportunity came up to purchase a farm in the Kindred, ND area. She continued to live on the farm until her failing health prevented her from being able to live alone. She eventually was moved into Evergreens of Moorhead- a memory care facility. Betty Lou was an active member of the West Prairie Free Lutheran Church, teaching Sunday school, serving in various capacities in the Ladies Aid, working with a quilter’s group, among many other activities. In 1972, Donald was elected to the board of the Latin American Lutheran Mission, and Betty Lou accompanied him on many trips to oversee the mission work in Mexico, making many lasting friendships there. After her retirement, both Betty Lou and Donald were active with the St. Andrew’s Mission Society, making several trips with them to Mexico to work on building projects for churches there. Betty Lou continued on these trips after Donald’s death in 2004, accompanied by her niece, Kim Rieger. In addition to their mission trips, Betty Lou and Donald loved to travel; first with a pickup camper and later with a 5th wheel camper. Their travels were really wanderings in that while they had a destination in mind, they would often stop or even go miles out of their way to see interesting sights. She also loved gardening. She maintained a large vegetable garden to provide fresh produce for her family, and also had many, many flower beds in the yard. She also had many house plants, and would take ailing plants from friends and family members who lacked her green thumb and nurse them back to health before returning them. Betty Lou loved people. She made new friends wherever she went. She was also the consummate hostess. The coffee pot was always on, she always had cookies or bars to go with and could even pull a homemade unbaked apple pie out of the freezer to bake and surprise unexpected guests with fresh pie for their coffee. She was preceded in death by her husband, Donald; her parents; and her brother, Roland Thompson. She is survived by her 6 children: David (Debby) Strand, Kindred, ND; Julie Ann (Alex) Mandes, San Antonio, TX; Sidney (Kim) Strand, Cheyenne, WY; Susan (Jack) Morris, Bettendorf, IA; James (Susan) Strand, Pelican Rapids, MN; Linda (Cameron) Briard, Ulen, MN; 20 grandchildren and 35 great-grandchildren; a sister-in-law, Donna Thompson; a niece, Kim (Rob) Rieger; and a nephew, Steve Thompson.