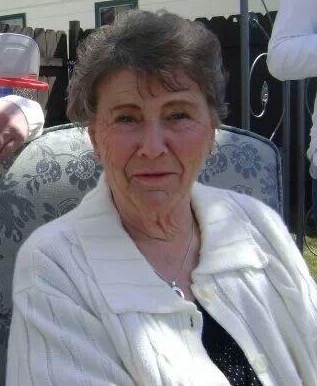 Beverly Ann Hamre, age 83, passed away on May 31, 2016 surrounded by her family. Beverly Ann Hamre was born to Clarence & Anne (Shipstead) Illgen in Fargo, ND on October 27, 1932. Beverly was baptized at St. Mark’s Lutheran Church in Fargo. She graduated from Fargo South High School and later from Aaker’s Business College. Beverly married Warren Hamre on September 4, 1953 at St. Mark’s. Beverly worked at Woolworths and Nordstrom’s in Fargo. Beverly and Warren moved to Hillsboro in 1961 where she was a homemaker and worked with Warren in the printing business. She was also involved with the family business at the Sport Bar in Hillsboro. Beverly and Warren moved to Rolla, ND in 1983. While in Rolla she worked with Warren at the Turtle Mountain Star newspaper. Beverly and Warren moved back to Hillsboro in 1993. Warren passed away on March 6, 1995. Beverly continued to live in Hillsboro until December 2013, when she moved to the Luther Memorial Home in Mayville, ND until she passed away. Beverly enjoyed life very much with her children, grandchildren and all the friends she had. Beverly is survived by her three daughters, Paula (Jim) Basaraba, Barbara Willison and Patricia Azure; and two sons, Steven Hamre and Joel (Angie) Hamre. Beverly has 16 grandchildren, 15 great grandchildren and many nieces & nephews. Beverly is preceded in death by her parents, husband Warren, close cousin Bobby Cowie, four sisters: Delores, Clarice, Devon and Mary Jean, and son-in-laws Dwight Azure and Bradley Willison. Visitation will be held Saturday, June 4th from 5:00-7:00 p.m. with a prayer service at 7:00 p.m. at Wildeman-Boulger Funeral Home in Hillsboro. Funeral service on Sunday, June 5th at 2:00 p.m. at St. John’s Lutheran Church, Hillsboro.