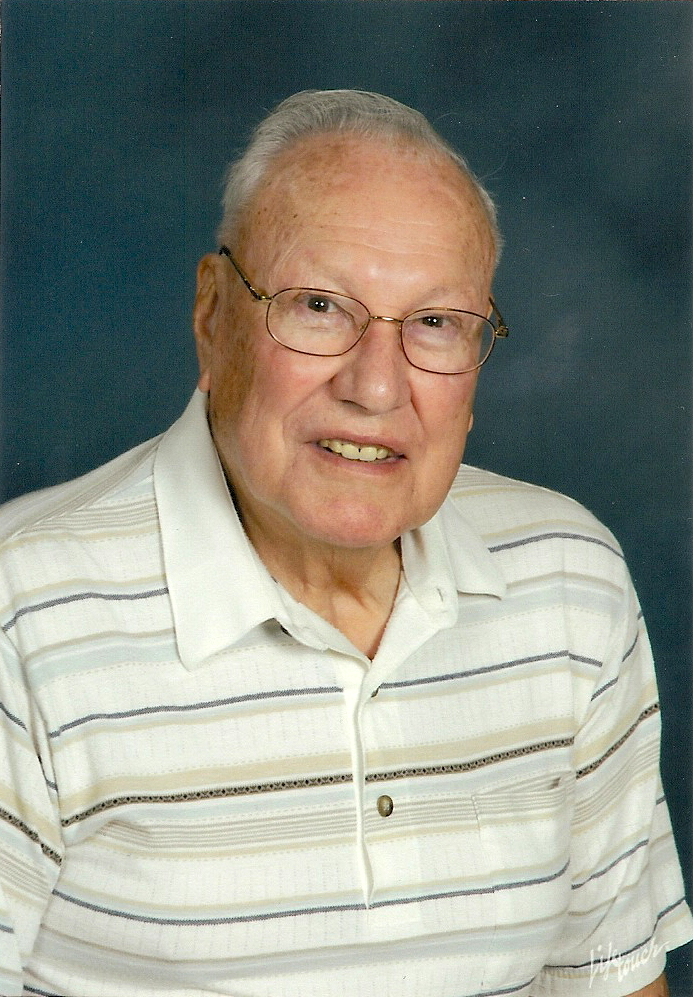 Bill Willmann, 93, Fargo, ND, passed away on Thursday, December 17, 2015 at Essentia Health in Fargo. Bill was born in Bismarck, North Dakota, on May 4, 1922, to Paul E. Willmann, Sr. and Anna (Schulz) Willmann. Bill was educated in Bismarck and worked with his father and brothers in the trucking business prior to being in the Army/Air Corp Ordinance in England during World War II. Upon his discharge he returned to Bismarck working with his brother, Paul, at Hart Motor Express. On June 14, 1947, Bill married Marian F. McGarvey at Holy Spirit Cathedral in Bismarck. In 1956 Bill moved his family to Fargo when he became Terminal Manager of Hart Motor Express. When Hart Motor was bought out by BN Transport, Bill was transferred to the Dilworth office to manage the Piggyback Operation, retiring in 1984. After retiring, Bill and Marian spent their winters in Arizona and summer months at their lake home in Minnesota, moving back to Bismarck in 2004. Bill is survived by his wife, Marian, his daughter, Kathy McMahon, Geneva, IL, and his son, Ken (Cindy) Willmann, Fargo, four grandchildren, Jane Dotson, and her children, Dakota and Amanda, Todd Brown and his children, Tanner and Riley, Jeffrey Willmann (Jana Peterman) and their children, Eliana and Ruby, Jodi (Jason) Stout and their children, Ava, Noah and Eden, and two sisters, Bette Scott, Yakima, WA, and Beverly Perman, Mesa, AZ. He was preceded in death by his parents, three infant sons, two sisters, Lucille Schulz and Anita Rodgers, three brothers, Paul, Jr., Lester, and Robert and his son-in-law William McMahon.