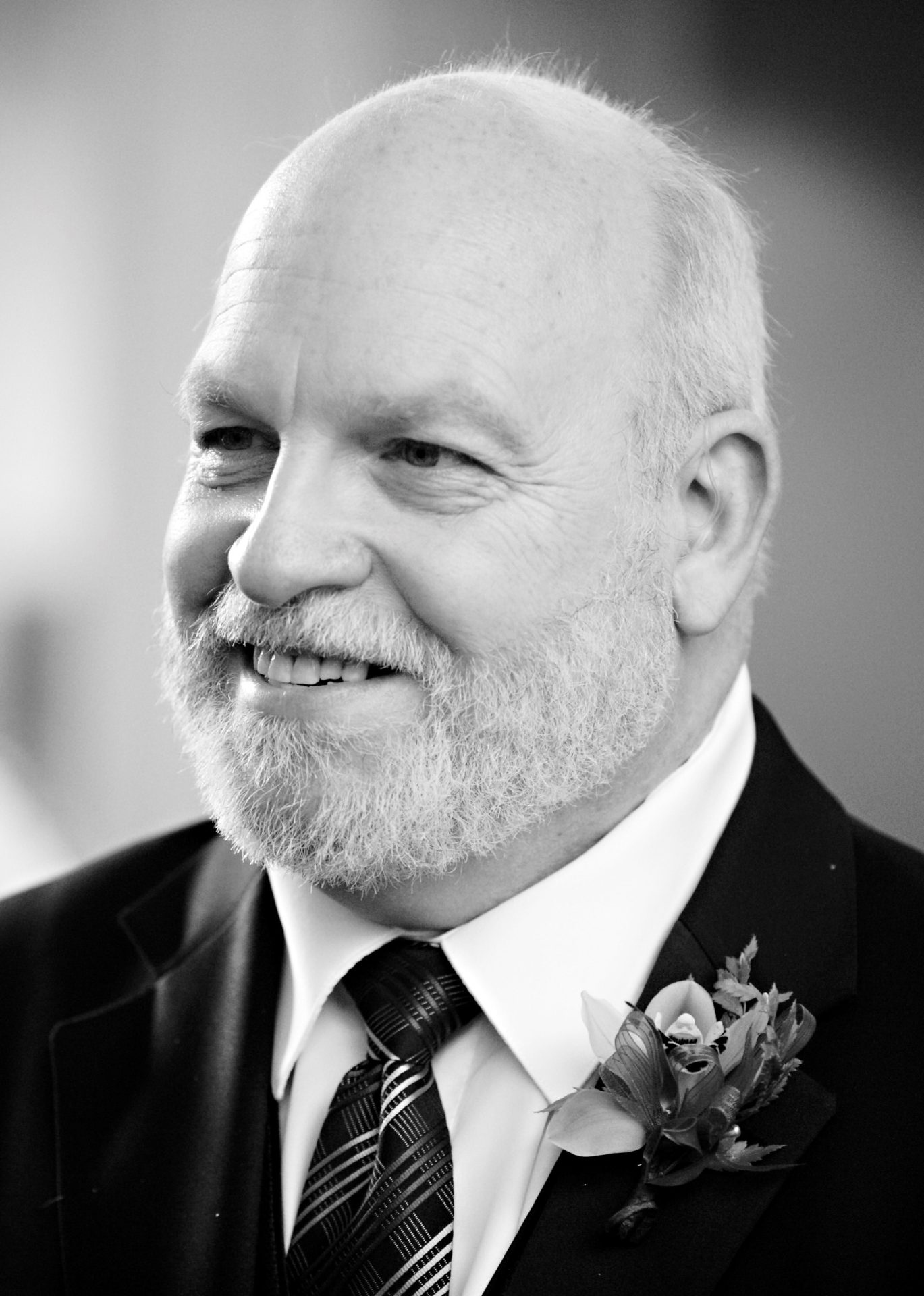 Bob Dambach, the familiar face and voice of Prairie Public as director of television for decades, died at Essentia Health on Friday, January 21, 2022, in the presence of his wife, daughters, and son-in-law after a sudden collapse two days earlier. Robert Otto Dambach was born to Robert Anthony and Rita Anne (Bogert) Dambach on July 12, 1951, in Newark, NJ in the Newark Hospital featured in the opening titles of “The Sopranos.” The second of six children, he grew up in Whippany, NJ playing on the battlefields of the Revolutionary War, using George Washington’s headquarters as a place to stay warm (before it became a National Historic Site) He grew up attending Catholic schools, graduating from Bayley Ellard High School, where he lettered in football, and won many state and regional swimming awards at the Anchor Swim Club. He went to the University of Dayton on a football scholarship, graduating with a B.A. degree in communications and history. He began his broadcasting career as a graduate student at the University of Iowa, where he worked on Hawkeye football broadcasts and on the production crew for the Phil Donahue Show. After earning his M.A. in Radio, TV and Film, he became program director for KMUW Wichita KS, and in 1979 he was named the first program director for the newly licensed KNPR, Las Vegas, NV. He met Virginia Carman Mulloy who was the station’s development director. They were colleagues and friends and fell in love, marrying on June 12, 1982. In 1985 Bob and Virginia moved with their baby daughter, to accept positions at Prairie Public Television in Fargo. Bob served as program director at Prairie Public until he was promoted to director of television in 1996. He became a driving force behind hundreds of successful TV pledge drives, which inadvertently led to a generation of children who could recite the pledge phone number on demand. Bob initiated the Kid Zone Literacy Project and frequently recruited his daughters Mary Rita (1983) and Jeanne Louise (1987), to volunteer as props during pledge drives, extras for local productions, and as the talent and voices behind KidZone With his passion for history and local production, Bob opened new doors for partnerships that led to dozens of award-winning local documentaries supported by the State Historical Society of ND, Humanities North Dakota, the ND Arts Council, the NDDOT, the ND Natural Resources Conservation Council, Tourism Manitoba, Heritage Winnipeg, and the Energy and Environmental Resource Center at UND. A 40-year partnership with Michael Miller and the NDSU Germans From Russia Heritage Collection resulted in 9 locally produced and nationally distributed Germans from Russia documentaries, including A Soulful Sound: Music of the Germans from Russia, Schmeckfest, Iron Crosses, All You See is Sky, and others. These documentaries, and many others won Regional Emmy Awards, numerous Telly and Aurora Awards and local, regional, national and international recognition. The inaugural program, Germans from Russia: Children of the Steppes; Children of the Prairie, was seen by international audiences when broadcast on Deutsch Welle in Germany and was a finalist in the U. Siebe International Film Festival, the only American Documentary to be invited to participate in the juried competition. With Bob’s inherent intellectual curiosity, he found inspiration from many sources. When he became an insulin-dependent diabetic in 1996, Bob turned his illness into an opportunity to educate and assist others with health issues. As executive producer, his five Healthworks documentaries and well- researched web resources garnered the highest web use in Prairie Public’s history. His relationship with Buck Paulson lead to the production of annual 13-half hour episodes of Painting with Paulson at PPTV every year since 1998. In addition to his work and his wife, Bob loved and was devoted to his daughters. He introduced them to Broadway early in life by singing show tunes rather than lullabies, and later telling them the story of “Le Mis” rather than nursery rhymes. He took great joy in introducing his children to parks, zoos, museums and historic sites nationwide, and giving them the chance to travel widely, including trips to Europe and the Caribbean. He took great pride in their academic, performing, and athletic talents and was delighted when they both married young men with German from Russia heritage, which he claimed made him an honorary German from Russia. Bob delighted in his 7 grandchildren; they made his eyes light up whenever they entered a room. He loved going to Bison games and watching football with Reuben; having Addison and Judah read to him every week; and reading to the younger children until he was hoarse. From the minute he retired in 2018, he taught world and US history to Reuben and Judah weekly. Bob was an avid reader, game player, woodworker, a knowledgeable Civil War buff, and memorabilia collector. Bob is survived by his wife Virginia; his daughters Mary (Zach) Leibel, Moorhead, and Jeanne (Dustin) Steiner, Fargo; his grandchildren Reuben (11), Judah (8), Dinah (6), Hannah (3) and Esther (9 months) Leibel and Addison (8) and Gracelyn (4) Steiner; his German exchange student daughter and son, Dina and Denis Rupp; his siblings Linda (Greg) Kehoe, Vienna VA, Ricky (Ellen) Dambach, Southport NC, Peter (Kathy) Dambach, Lanoka Harbor NJ, Barry (Annette) Dambach, Flemington NJ, and Kristy (John) Scaramuzzo, Greensboro NC, and many nephews, nieces, and cousins. As well, he leaves a multitude of friends, dozens of colleagues— and current and former PPTV producers, directors, editors, and videographers—who carry on Bob’s legacy of broadcast excellence in radio, television, and film nationwide. A celebration of life will be scheduled for late spring at Lindenwood Park where Bob walked 2 to 3 miles every day for many years. Memorial gifts may be made to the National Park Foundation, the NDSU Libraries Germans from Russia Heritage Collection, the State Historical Society of North Dakota, or the Civil War Trust, a division of the American Battlefield Trust.