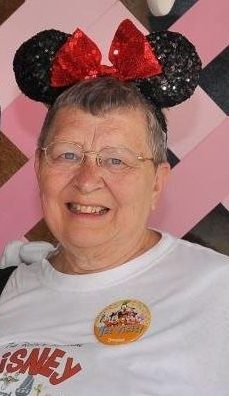 Bonita’s service will be livestreamed below starting a half hour prior to service at 2:00 PM Friday, May 20, 2022.

Bonnie graduated from Elgin High School in May 1963 and would later attend the University of North Dakota, Grand Forks, ND; earning a Business Education degree (June 1967). That summer she was joined in holy matrimony to Larry J. Roth on June 9th, 1967, at the Hope Congregational Church, Elgin, ND. Their union would be blessed with two sons; whom she adored, loved dearly, and was so extremely proud of.

In her younger years, Bonnie helped her parents working in their Gambles store. During college she was employed with the North Dakota Geological Survey and Department of Geology. Larry’s career moved them from town to town, so she often sewed for people while staying at home to raise the boys. Bonnie also worked with the Durango District Court and later Milbank Claims, until she settled into her position with the State of North Dakota (Department of Human Services). She would happily remain there for more than 25 years until Larry decided to move them closer to the grandkids and she took her final job with Cass County Social Services, Fargo, ND in 2014 and then retired in April 2021.

Ever the social butterfly, Bonnie liked to go to concerts, watch movies at the local theater, meet up for coffee, lunches, or suppers out, and she especially loved to travel. Some of her favorite trips included; Disney World, Florida; Graceland in Memphis, TN; Disneyland, California; numerous bus trips she took in recent years with her girlfriends, and special vacations where her children and grandchildren were all there together. Bonnie’s relationships with coworkers quickly became friendships, spending time with family and friends always brought her such great joy. If there was a family event you could find her attending it or even planning and making arrangements for others who wanted to also be there.

Bonnie enjoyed gardening and tending to all the various plants and flowers she and Larry would add to their yard every year. If she had spare time you could find her working on craft projects, genealogy, attending a UND or Bison football game, Redhawks baseball game, or doing fun things with her grandchildren. She had been looking forward to having more time to do all of those things in her retirement. Her life was as beautiful as the flowers that she loved and cared for and her kindness, generosity, and influence will forever remain in the lives of all who knew her.

Bonnie is preceded in death by her parents; husband Larry Roth; brother Lilburn “Peanuts” Redman and his wife Marlyn. Her grandson Mason Roth joined her in heaven on December 16th, 2021.

Visitation will be from 1-2 p.m. followed by a memorial service at 2 p.m., Friday, May 20, 2022 at Boulger Funeral Home in Fargo, ND. Burial will take place at Sunset Memorial Gardens in Fargo, ND in the Garden of Devotion area. Arrangements made by Boulger Funeral home.