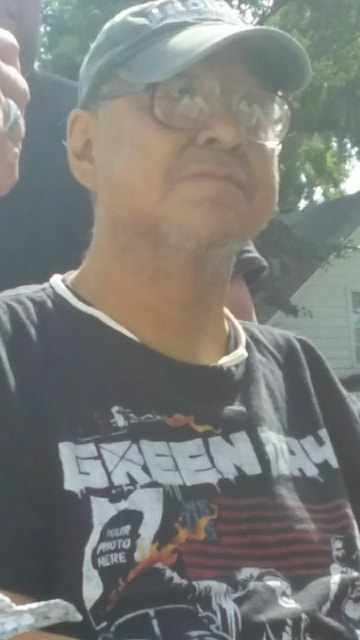 Brian Kent Blackdog, 54, of Fargo, North Dakota passed away September 3rd, 2019, at the Gladys Ray Shelter in Fargo. He was born March 4th, 1965, in Poplar, Montana to Rozelda LoansArrow and Alex Spotted Elk. Also, an enrolled member of the Ft. Peck Assiniboine and Sioux Tribes. He graduated from Brockton High School and joined the army following graduation. He then moved to Rapid City, South Dakota where he worked in the sawmills. He later attended United Tribes Technical College in Bismarck, North Dakota where he received a certificate in plumbing. He lived in Sioux Falls, South Dakota as a laborer close to twenty years before he moved to Fargo, North Dakota. He was blessed to have four children whom he loved dearly, Bryanette Walks, Shaunna Blackdog, Ryan Blackdog, and Ryanette Bullhead. Survivors include his brother Duane Green of Sioux Falls, SD, and two sisters Dani Green of Ft.Kipp, MT and Shannon LoansArrow of Bismarck, ND also numerous nieces and nephews and grandchildren. Brian has proceeded in death with his son Ryan Black dog, mother Rozelda LoansArrow, stepfather Albert LoansArrow Sr., Sister Ida Mae Black Dog Bear and his brother Albert LoansArrow Jr. Services will be held at Presentation Prayer Center, 1101 32nd Ave S, Fargo, ND 58103. The viewing will be held on September 7th, 2019 at 10:00 AM followed by services at 11:00 AM. Lunch will be provided after services. Services will be provided by Boulger Funeral Home.