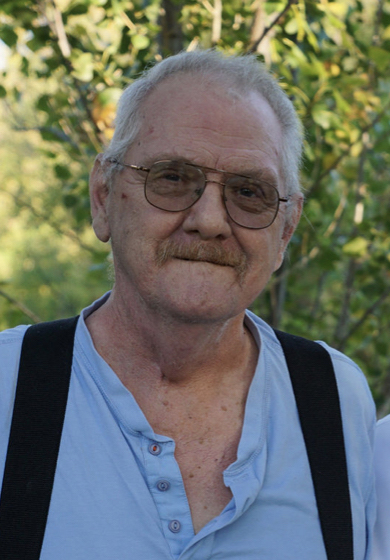 FARGO, N.D. - Bruce Bock, 70, Fargo, N.D., died Friday, Oct. 22, in Bethany Retirement Living. Bruce C. Bock, 70, of Fargo, ND passed away on Friday, October 22, 2021, at Bethany Retirement Living while under the care of hospice. Bruce Clarence Bock, son of Clarence and Esther (Krieg) Bock, was born on March 25, 1951, in Dubuque, Iowa. He attended Bryant Elementary School in Dubuque and Hot Springs High School, in Hot Springs, SD for his freshman, sophomore and junior years. In the summer of 1969, Bruce and his family moved to Fargo, ND where he attended Fargo North High School for his senior year— graduating with the Class of 1970. Shortly after graduation, Bruce enlisted in the US Army serving in the Vietnam War. His active-duty military career also brought him to Germany and Australia. He remained active duty until 1982 when he joined the Reserves and served over a decade before retiring from the Army in 1995. After leaving the military, Bruce began his 30-year career as a mail carrier and mail handler with the United States Postal Service. He also worked at the Stop N Go gas station for a short time. Bruce was united in marriage to Shelley Vangsness on April 23, 1976, in Fargo, ND, where they lived, worked, and raised their 4 daughters. Bruce later met Bobbie Elverud and they were married on May 23, 2017. From this union he gained 3 stepsons forming their own version of the “Brady Bunch” with Bruce having 4 daughters and Bobbie having 3 sons of her own. Bruce connected with everyone he met, he could strike up a conversation with just about anyone, which often included his dark sense of humor or random facts and knowledge. He enjoyed going to rummage sales, going fishing, trips to the casino and enjoyed going to the movies. He loved wolves, skulls, Terry Redlin paintings, walking barefoot and Yahtzee, which he could play for hours and hours, which usually resulted in him cheating and Bobbie calling him out on it. Most importantly he loved cheering on his favorite college football team — the NDSU Bison. He was able to get Bobbie interested in watching football and even took her to her first ever home Bison football game at the Fargodome. She even joined in on the infamous first down “Move Those Chains” chant. Bruce and Bobbie loved to travel and experience new adventures together, which included trips to Dubuque, IA, Friendship, WI to visit Carol and her family, Frisco, TX to attend the 2018 NDSU Bison Championship game and more recently a trip to Las Vegas, NV which included a tour of the Grand Canyon and Hoover Dam. Bruce was a devoted husband, and loving father, grandfather, brother, uncle, nephew, and a true friend to so many and will be greatly missed. Bruce is survived by his daughters Trista (Steve) Blake, West Fargo; Ky Bock, Dilworth, MN; Alysia (Luke) Taylor, Fargo; and Siana (Amber) Bock, Palermo, ND. Stepsons David (Lisa) Elverud, Devils Lake, ND; Jesse Elverud (Jessica Dockter), Fargo; and Brandon (Chris) Novak, Fargo. Grandchildren Justin Viestenz, Kaitlin and Seralyn Blake, Elliannah, Temra, and Jakoby Taylor, Lacie Meyer, Raelene Roos and Kaiden Zeise-Bock. Step grandchildren Devin, Derek, Danyel, Allyson and Alexander Elverud. Sisters Carol (Jim) Smith, Friendship, WI; Susan Carver, Beaver Dam, WI and Half-Sister Debbie (Rob) Cooper-Roberts, Lawton, OK. Mother of Bruce’s children, Shelley Bock, Moorhead, MN; Bobbie’s siblings, Bernie (Jim) Solwey, St. Michael, ND; Colleen (Buck) Joramo, Fargo; Kathy Hanson, Fargo; Jim (Jani) Thomas, Minot, ND; Mick Thomas, Bismarck, ND; Margie (Steve) Giauque, Bemidji, MN, and Bill (Lynne) Thomas, Pierre, SD. Nephews Sean Cooper, Tim Cooper and Niece Dianne Rose. Numerous other nieces, nephews and cousins also survive. Bruce is preceded in death by his father, Clarence Bock; mother, Esther Paulus; stepfather, James Paulus; grandparents, wife, Bobbie Bock on October 2, 2021, and numerous aunts and uncles. There will be a Celebration of Life for Bruce on Saturday, November 6th at 11:00 am in the Prairie Rose room in the Memorial Union on NDSU’s campus. “Please wear your favorite Bison gear” Cookies and bars will be served after.