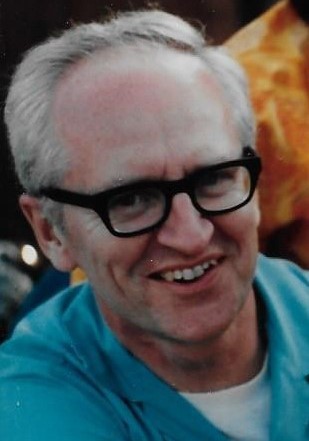 Bruce was born November 17, 1936, in Fargo, to John and Alpha Blair. He grew up in the Fargo area, attending Fargo schools and earning both his Bachelor’s and Master’s Degrees in Science and Biology at NDSU, where he also later taught in the Division of Independent Study.

On June 26, 1970, Bruce was united in marriage to Ardis Anderson at Our Savior’s Lutheran Church in Moorhead. Following their marriage, they made their home in Fargo, raising two children, Luanne and Arden, enjoying attending Luanne’s dance recitals and Arden’s hockey games. They also spent time traveling, bowling, square dancing, family time and going to “the lake”, fishing whenever possible. They were members of Bethlehem Lutheran Church in Fargo.

Bruce was quite adept at table tennis and loved baseball, always keeping two baseball gloves in the trunk of his car, enjoying “popping the mitts”, playing catch often with his son Arden. Bruce was an avid NDSU Bison Football and FM Redhawks fan, making sure to attend many Redhawks games along with his son Arden, beginning from the Redhawks Inaugural Season of 1996 until recently, and then continuing to watch them from his room at Eventide.

Bruce was preceded in death by his parents, John and Alpha; wife, Ardis; daughter, Luanne; and brothers, Donald and Richard.