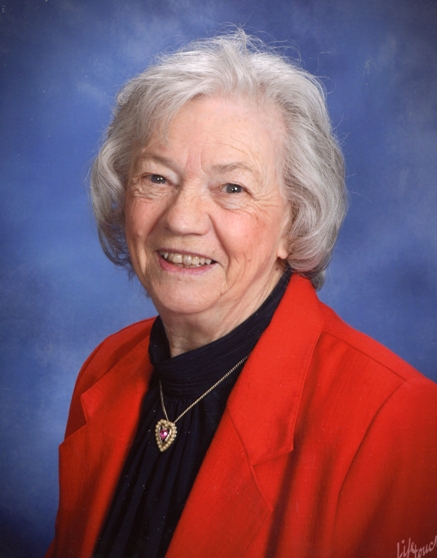 Catherine “Cathy” Kupperion (Wegh), 88, Fargo passed away Tuesday, May 3, 2016 at Villa Maria Nursing Home, Fargo. Catherine was born on July 21, 1927 near Regent, ND to Joseph and Veronica (Lampl) Wegh. She attended a rural school in Hettinger County. She graduated from Dickinson High School. She worked at a Pontiac/GMC Garage in Dickinson for many years. On May 11, 1957 she married Al Kupperion at St. Joseph’s Catholic Church in Dickinson, ND. They lived in Dickinson until moving to Fargo, ND in 1961. After the children were older, she returned to work as a bookkeeper for a construction company, a farmer, and finally for Holy Cross Cemetery for many years. Al died in 1983. She retired several years after that. She was a member of Holy Spirit. She is survived by children: Bruce Kupperion (Bonnie) Fargo, ND, her son: Brian Kupperion (Sun), Goldsboro, NC; one grandson: Robert Kupperion, Fargo, ND; one sister: Mary Zander, Dickinson, ND. She was preceded in death by her parents, husband, son, David A. Kupperion, sister, Anna Riesinger, and one brother, John Wegh. Funeral Service: 3:00 P.M. Friday, May 6, 2016 at Boulger Funeral Home & Celebration of Life Center, Fargo. Burial: Holy Cross Cemetery North, Fargo.