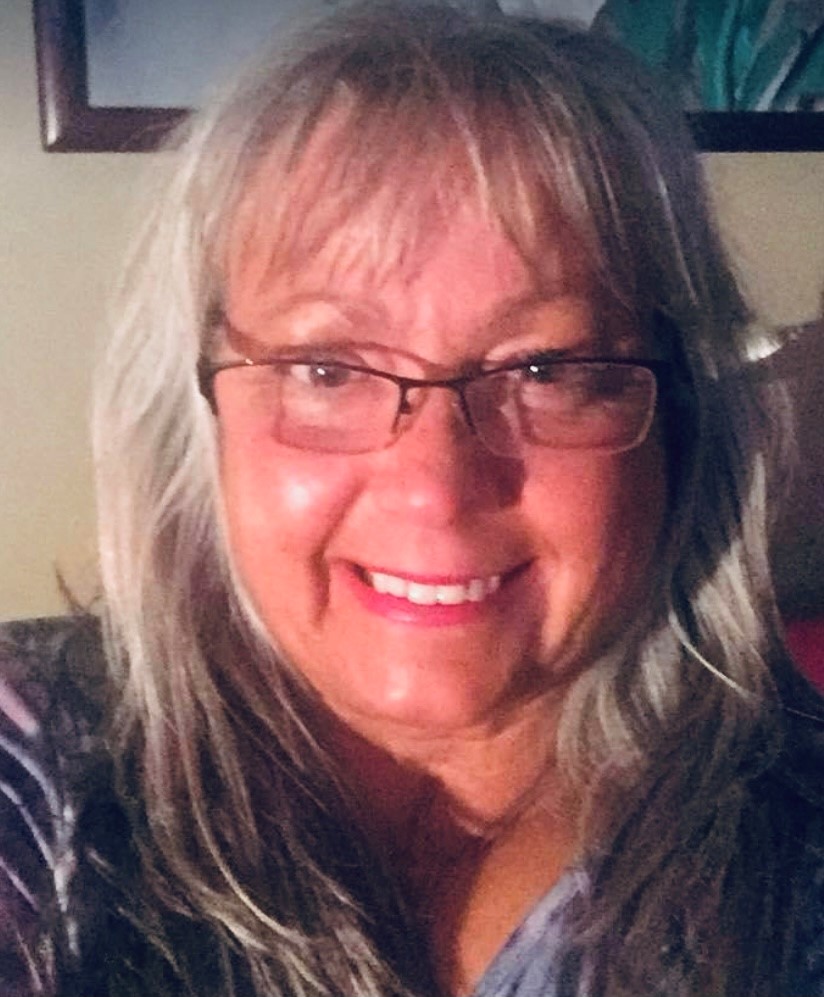 Christina Marie Heirman, a loving mother, sister, and friend, died Sunday, October 31, 2021 at her home in Fargo, North Dakota. After fighting pancreatic cancer for 15 months, Chrissy passed surrounded by loving family and her cat, Carmel Corn. She was 61 years old. Chrissy was born in 1960 in Mishawaka Indiana to parents, Richard (Spike) and Juanita (Peggy) Heirman. Simple things in life made her happy – listening to the wind chimes outside her window, seeing a morning glory bloom, or saying something nice to someone and making them feel good. It was her gift. Her earliest memories included walking to school with her siblings, going to the five and dime store to buy pet turtles and saving money to pay for the window she broke during her newspaper route. She loved the West End neighborhood including her friends, the Bakery and Rose Park. She was an impressive athlete, an MVP in volleyball and famous for her switch-hitting in softball. She attended Saint Joseph Grade School and graduated from Mishawaka High School. As a young adult, she was blessed with her boys, Benny and Bryan, forever creating within her a deep bond of mother and sons. Her role as a loving grandmother was equally important to her. She cherished every moment she had with them and believed she would always be one of their guardian angels. She had several occupations, but confessed eagerly, her most fulfilling role was being a caregiver. She sat by the bedside of many dying patients offering comfort and love in their final stages of life. She had a deep conviction to never allow any patient to die alone which she fulfilled many times, often after work hours. Chrissy was very close to her sisters, Robbye Lou, Stephanie and Karen. Their harmony when singing together rivaled the talented voices from the “Sound of Music”. The 2021 “Siblings Poolside Reunion” in Fargo will be forever etched in their hearts. The creative construction work by Rex and Knute was symbolic of climbing the “Stairway to Heaven”. When Chrissy moved to Fargo ten years ago, she was warmly embraced by Stephanie, Mort, Sina and Cyrus. Chrissy and Stephanie developed an exceptionally strong bond and became pillars for one another through their shared challenges - the “Sisters with Cancer” was truly movie material. People often commented how much Chrissy’s beautiful smile and laugh reminded them of her Mom. She believed lipstick had the power to transform. She gave free hugs, she smiled at strangers, she spoiled her cat, she loved Christmas but hated peppermint, she could get a perfect tan on a winter day, she loved going fast in her convertible but refused to ride a rollercoaster or climb a ladder. She loved all things Wizard of Oz, collected glass angels, nesting dolls and snow globes. She spent time caring for the forgotten, she hated conflict, and had mercy and empathy for everyone. She looked for opportunities daily to give to others. Chrissy was simply a beautiful soul. In addition to her sons, Chrissy is mourned by her daughter-in-law‘s, Deborah and Brittany, her 9 beautiful grandchildren, Lily, Ezra, Adayah, Tirzah, Micah, Layla, Maylee, Ares, and Achilles, her friend Brian Gangl, along with her siblings, EnRico Heirman (Amy), Stephanie Sarabakhsh (Morteza), Knute Heirman (Pamela Hobbs), Karen Iannotti (Mike), Rex Heirman, and numerous nieces and nephews. Her oldest sister, Robbye Lou Warner (Tad), passed in 2011. The family would like to thank Hospice for their loving care during her final days. Chrissy donated her body to the University of North Dakota School of Medicine. A life celebration will be hosted in the upcoming months. The date and details of her memorial will be announced to family and friends. In lieu of flowers, memorial contributions may be sent to Deborah Kanoff, 111289 Orange Grove Blvd., West Palm Beach, FL 33411 for a special memorial to Chrissy. Her beautiful words echo in the hearts of those left mourning, “stay strong and keep shining!” She will be missed, yet never forgotten.