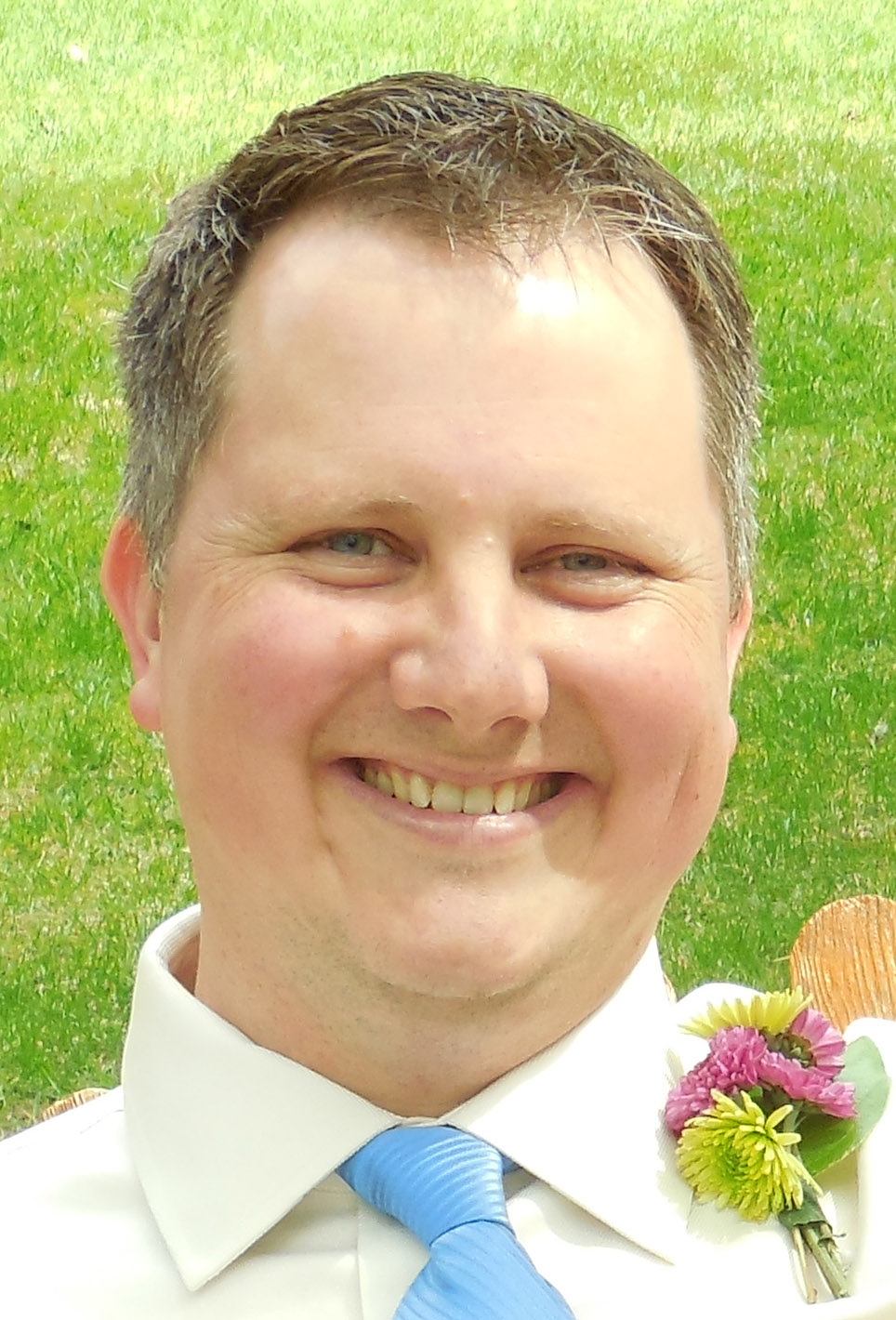 Christopher “Chris” Johnson, 43, passed away peacefully November 20, 2018 at home with his wife, Emily, by his side. Christopher was born December 8, 1974 in Fargo. At an early age Chris’s interests were aligned with science and the outdoors, which set the stage for his life. Chris graduated from West Fargo High School in 1993. He attended NDSU where he graduated with a Bachelor of Science Degree in Biology. He was accepted into Graduate School in 2001 and completed his Master’s Degree in Plant Sciences in 2005. Chris spent his professional career at NDSU, working in Plant Sciences, Entomology, and finally, in Plant Pathology, where he completed extensive research on potato diseases, including Zebra Chip. Chris had insatiable appetite for life and lived it to the fullest. Armed with an infectious smile, undeniable charm, and a strong character, he attracted people to him throughout all facets of his life. Chris possessed a unique scientific mind that he utilized to both confuse and enlighten those around him. He loved hunting and fishing with family, friends, and his loyal canine companions. He completed 2 triathlons and was an avid biker. He enjoyed both mountain and road biking and was a member of the Scheels Road Team for 3 years. Chris was passionate about woodworking and although he was always more interested in starting projects, he completed several beautiful furniture pieces. Chris was most content being with family. He was a devoted and proud father to his kids. In May of 2013, he married the love of his life, Emily, and cherished every minute with her. Chris will be missed by all those that knew him. Chris is survived by his wife, Emily; children, Haylee, Luke, Matthew, and Jocelyn; parents, Nancy and Paul; siblings, Peter (Nikki) Johnson, Alissa (Curtis) Kuntz; mother and father-in-law, Glen and Tanya Bergeron; sister and brother in laws, Lindsey (Grant) Vigesaa, Abbey (Thomas) Evans, Christen (Evan) Schoenborn; nieces and nephews, Pierce, Lexus, and Sterling Johnson, Evan and Grayson Kuntz, Bronson and William Vigesaa, Porter Evans, and Rowan Schoenborn. Chris was preceded in death by his grandparents.