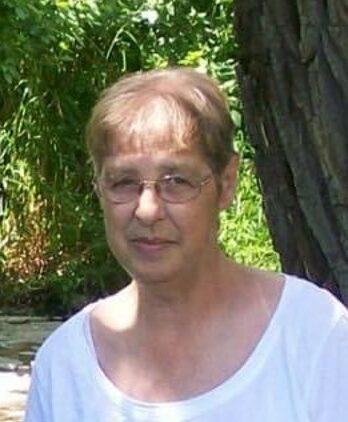 Connie Raye (Hawkins) Geiszler
Connie Raye (Hawkins) Geiszler was born on May 14, 1952 to Dorothy Lee and James Hawkins in Devils Lake ND. She passed away on January 5, 2023 at home in Fargo surrounded by family and friends.
Connie was raised in the Lutheran Faith and confirmed at Our Savior’s Lutheran in Hillsboro ND. Connie graduated from Hillsboro High in 1971.
Connie married Kenneth Geiszler on July 1, 1983 in Fargo. Melissa J and Marcus J were born to this union. Connie and Ken later divorced when the kids were small and she raised both mainly on her own with help from family and friends. Connie had a huge heart and took care of everyone she met. Connie worked hard during her time here and was employed in Hillsboro at the local café and nursing home as well as the American Crystal Sugar beet plant. When she moved to Fargo she started to work at Anheuser-Busch in Moorhead. She retired from there in 2006 due in part to her health. The most important part of her life were her two children. She enjoyed many crafts including knitting and embroidery. She always had a joke to share and kept a binder of some that she took pride in. She also wrote poems and enjoyed reading a good mystery. Bingo or the casino were her nights on the town and she made sure to collect her coins daily on Slots on the computer. Other past times included, fishing, camping, and rummage sale and thrift store shopping. She spent a lot of time completing puzzles. Her friend Dave crafted a board for her so that the pieces were easier to handle as her health declined. Her favorite food was liver and onions, which she enjoyed most Fridays with her Mom in the 80’s while her Dad and sister went out to eat.
Gunsmoke was her recent focus and she spent many hours enjoying each episode to pass the time. In the hospital just after Christmas she spoke of a particular episode and when she returned home, the first episode that played was the one she had discussed in detail. Her goal this past year was to make it to see her son get married, and like the true warrior she was, she made that date and continued into the new year. She is survived by her children, Melissa J Geiszler and Marcus J (Nicole) Geiszler, both of Fargo. Cats Riley and Nellie. Also surviving her are her brother Gary (Mary) Hawkins, Elk River, and sisters Lois Clark, Fargo and Kari Walock, Faribault MN. Special niece, Dawn (Robert) Collins. Nieces and nephews close to her, Kayleigh, Kelsey and Keaton Walock and Teddy, Mahlea and Angelea Collins. Friends Betsy Knoblock and Dave Schlenker as well as several nieces and nephews, great nieces and nephews, and cousins.
She was preceded in death by her parents.
At Connie’s request, no funeral was held. Instead, the family will be hosting a celebration of life this summer and will post details at a later date.