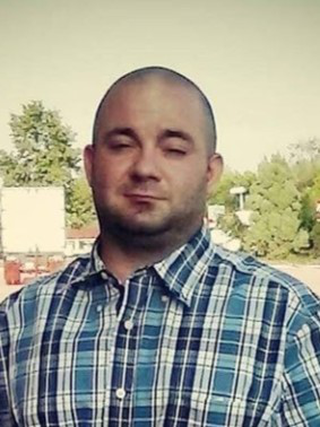 Cory Alan Fleischfresser, 32, Fargo, North Dakota, passed away unexpectedly March 22, 2020 in Sanford Medical Center due to complications from pneumonia. Cory was born in Fargo April 8, 1987 to Arlen and Annette Fleischfresser. He resided in Fargo most of his life, graduating high school and working up until his passing. Cory had many passions, some of which he pursued professionally including computers & cooking. He also had a great love for music, the outdoors and animals. Cory had a one of a kind personality with a tough outer shell, but was a teddy bear with a true sensitive side. He was very witty and loved to joke around. He was a loving son, grandson, brother and partner who will be sorely missed. Cory was preceded in death by his maternal and paternal grandfathers, Melvin & Walter; a sister, Sheila; and his father, Arlen. Cory is survived by his mother and step father Annette & Scott; his maternal & paternal grandmothers Theresia & Verna; a brother, Brent and three sisters, Elizabeth, Shannon & Theresia; several nephews and a niece; and numerous aunts and uncles. He also leaves behind his best friend and girlfriend, Alicia. A private family service was held Tuesday, March 24,2020 at Boulger Funeral Home. There will be a celebration of life service held at a later date.