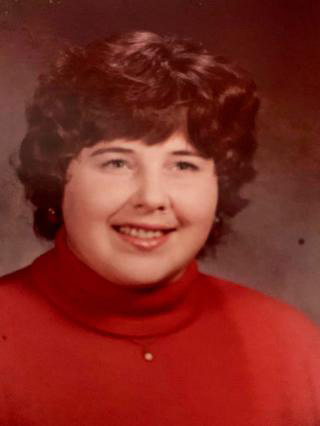 Cynthia Brown, 64, of Fargo, died Sunday, May 3, 2020 at Villa Maria. Cynthia Brown was born in Jamestown, on July 13, 1955 to John and Lucille Clark. In 1963 the family moved to Oakes ND, where Cindy graduated in 1974. She moved to Fargo and worked as a nurse’s aide at Americana Nursing home and at St John’s hospital, later doing office and billing work for several doctor’s in Fargo. She married Craig Brown of Fargo on Sept. 11, 1982 where they made their home. Cindy lived for the summers and being at their lake home on Big Cormorant lake and taking care of their dogs. She enjoyed going out and listening to local bands and doing crafts in her spare time. In 2011, Cindy fell on the ice and suffered a traumatic brain injury and a stroke that resulted in her loss of speech. This was extremely frustrating for her as she understood things but could only reply with visual clues to what she was trying to say. She moved into Villa Maria Nursing home in 2015 to give her the care that she needed. The family is very grateful to the staff there. She was proceeded in death by her husband Craig, parents John and Lucille Clark and a brother Kevin. She is survived by her siblings, Larry (Kari) Clark, Seattle, WA, Diane Clark, Apache Junction AZ, Randy (Diane) Fargo, ND, Ricky (Susan) Moorhead, MN, sister Cheryl Fargo, ND, and many nieces and nephews. Burial will take place at Sunset Memorial Gardens, Fargo. A celebration of Cindy’s life will take place at a later date. Arrangements entrusted to the care of Boulger Funeral Home and Celebration of Life Center, Fargo. To sign the online guestbook, to www.boulgerfuneralhome.com.