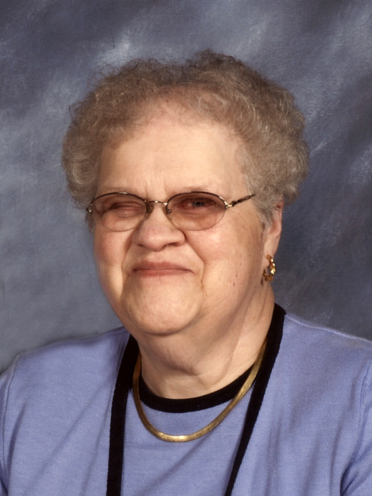 Darlene L Czichotzki, 81, of Fargo, ND, died September 3, 2017 at Sanford Hospital surrounded by family. Darlene was born in Sabin, MN on March 30, 1936 to Alice and Clarence Lomsdalen. She attended school in Barnesville and graduated in 1954. During her school years, Darlene, was a part of the local 4H winning 2 state fair trips, one on ironing a shirt & the other on cherry wink cookies, she may have won a third time on date bread but by mistake she used salt instead if sugar which didn’t go over to good (this was told by her mom in a family book). She was baptized at Trinity Lutheran in Sabin, MN in May of 1936 and was confirmed at Christ Lutheran in Wolverton, MN in April of 1950. She and Marvin grew up living near each other and were later married at Christ Lutheran Church in Wolverton on October 8, 1955. They have four kids- Larry (Colleen), Dennis, Wanda Swenson (Bruce), and Brian. They also have four grandchildren- Emily & Christopher Czichotzki and Kendra & Marshal Swenson. Darlene was known for her love for first, the Lord, and a close second her family. She also had a passion for ironing, playing cards, reading, and talking with anyone. In addition to these passions, Darlene was a long-time member of LWML, as well as Doin’ Dozen Homemakers both for over 40 years. She was known for her thought of all people as very special, the cream of the crop. Darlene will surely be missed by all of those who had the pleasure of knowing her. She is survived by her Husband, Marvin, Sons, Larry Czichotzki (Colleen), Fargo, ND, Dennis Czichotzki, Bismarck, ND, Daughter Wanda Swenson (Bruce), Garfield, MN, Son Brian Czichotzki, Moorhead, MN, 4 Grandchildren, Emily & Christopher Czichotzki, Kendra & Marshal Swenson, Brothers, Jim Lomsdalen (Linda), Detroit Lakes, MN, Elaina Lomsdalen, DeWitt, IA, Sister, Shirley Berndt, Breckenridge, MN. She was preceded in death by: parents, brother Bob, two brother-in-laws, and two sister-in-laws. After Darlene graduated, she worked at Diana Shops for one year, then married Marvin in 1955. They lived near Wolverton for a year before moving to Fargo. Darlene was an active member of LWML for over 40 years and Doin’ Dozen Homemakers since 1968. Darlene was known for the ironing she did for so many as well as her love to read, play cards, and just sit and talk- really with everyone. She was a long time Chairperson and later a Co-Chairperson at church helping with organizing serving for funerals for many years. Visitation will be held at Boulger Funeral Home in Fargo from 5-7pm with a prayer service at 7pm on Friday, September 8th. Funeral will be at Immanuel Lutheran in Fargo at 10:30 am on Saturday, September 9th, with a lunch immediately following. Interment at Sunset Cemetery following lunch.