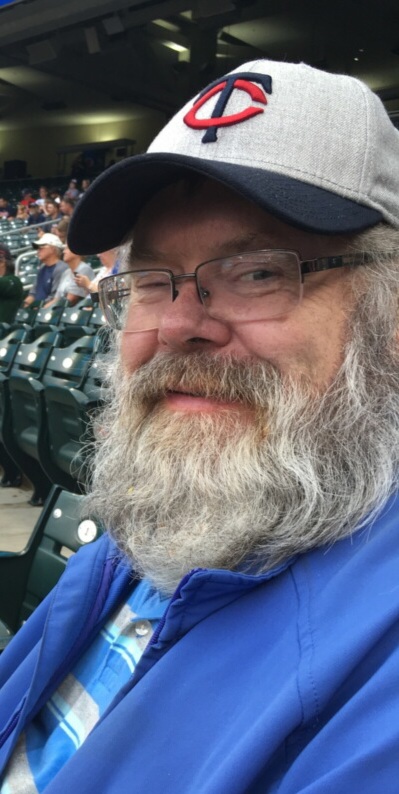 David's Live Streamed Funeral Mass can be viewed below: David's Prayer Service can be viewed below: David Arlen Dahlin, age 65 of Fargo, ND passed to eternal life on January 19, 2022 at Essentia Hospital. Dave was born on January 26, 1956 in Prosper, ND to Richard (Dick) and Joanne Dahlin. He grew up in Ada, MN and graduated from Ada High School in 1974. He married Diane Reinpold on August 23, 1980 at St. Rose of Lima Church in Hillsboro, ND. The couple made their home in the Fargo/Moorhead area and began their family. In 1992, Dave earned his bachelor’s degree in Computer Information Systems from Moorhead State University and began working at Blue Cross, Blue Shield of North Dakota. Dave and Diane were blessed with ten children. As his children grew, he enjoyed attending their various activities. He loved deer hunting with his sons and became active in their scouting, serving as scout master for three years. Dave had a passion for cooking and good food. Whether he was perfecting homemade pizza or dutch oven cooking with the boy scouts; finding various uses for Crisco, helping head up a pig roast or smoking all manner of foods, Dave was quite the amateur chef and made sure that all his children learned to cook. Dave was a die-hard Minnesota Vikings and Twins fan and enthusiastically cheered on the NDSU Bison. He was a stubborn Viking and was very proud of his Scandinavian heritage. Dave was a faithful Catholic, serving as a lector throughout his life. He was active in the cursillo movement and prayed the rosary daily. Dave is survived by his wife of 40 years, Diane, their children, Bridget, Maria, Laura, Joshua, Joseph (Tanya), Natasha, Jacob, Jedadiah, Benjamin (Juliana) and Genevieve; his grandchildren, Kearney, Maven, Bruer, Tobias, Bosco and Emmett; his siblings, Paul (Joan) Dahlin, Bruce (Lynette) Dahlin and Jill (Greg) Dvergsten and a multitude of aunts, uncles, cousins, nieces and nephews. He was preceded in death by his parents, Richard (Dick) in 2006 and Joanne in 2018. Mass of Christian burial will be on Wednesday, January 26th at 10 am at St. Mary’s Cathedral in Fargo with visitation at 9 am. Vigil Prayer Service will be held Tuesday, January 25th at Boulger Funeral Home in Fargo. A rosary will be prayed at 5:30 pm with visitation to follow and the prayer service beginning at 7 pm. Burial will be at Holy Cross Cemetery North in Fargo. The family would like to thank the wonderful staff at St. Catherine’s North who cared for Dave at the end of his life. He will be dearly missed.