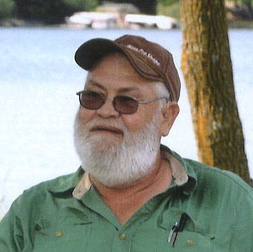 David Kenneth Danielson, 64, passed away on October 5, 2019 at Sanford Medical Center in Fargo, ND. David was born on October 21, 1954 in Moorhead, MN to Elvin and Violet (Snook) Danielson. He was one of eleven children. David graduated from Barnesville High School in 1973. After high school, he was in the Army National Guard for six years. On December 11, 1976, David married the love of his life, Katherin Ann Larson. They were married for 40 years when Kathy passed away in 2016. David and Kathy were blessed with one son, Kenny, in 1979. They made their home in Barnesville, MN. David worked at Stieger Tractor, Barnesville Elevator, Berg Grain and Produce, Fargo Water Equipment, ND Sewage Pump, Electric Pump, City of Moorhead, and started his own business, Advanced Sewage Pump, in 2005. He was retired at the time of his death. David was an avid fisherman. He enjoyed hunting with his brothers, nephews, and niece. He was a jack-of-all-trades and a fixer of everything! He loved spending time in his shop working on various projects – some for himself but mostly to help others. He was a kind and caring person, a devoted husband, father, brother, uncle, and friend. He touched so many lives and will truly be missed by everyone. David is survived by his son Kenny (Lori) Danielson, brothers Keith (Carol) Danielson, DuWayne (Jean) Danielson, sisters Sandra (Dan) Bolgrean, Anna (Roger) Fischer, Betty (the late Dick) Sorenson, Kathleen (Dave) Berg, Linda (Richard) Berg, and Diane (John) Pfiefer, and numerous nieces and nephews. He was proceeded in death by his wife, his parents, and brothers Donnie and Danny.