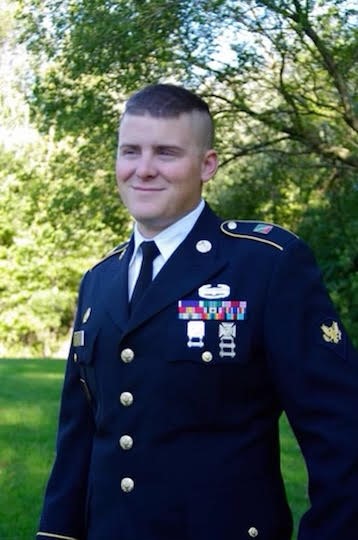 David Hamilton Peck Jr., 32 passed away peacefully in the presence of his family in Fargo North Dakota on January 20th 2022. David was the son of David and Shellee (Partin) Peck who currently reside in Tomball Texas. He is also survived by his three children, David III and Connor Peck of Gap, PA and Zola Peck of Chicago IL (daughter of Lauren Brand) his sisters Katherine (Peck) Nelson wife of Donald Nelson of Potomac MD, Madison (Peck) Gillespie wife of Dirk Gillespie of Meridian MS and Grandfather Thomas Peck of New Holland PA. He is proceeded in death by his Grandmothers Barbara Keller Partin and Eva Frances Peck David was born in Camp LeJeune North Carolina on February 7, 1989. Throughout his father’s military career David enjoyed living in a variety of places including Honolulu Hawaii, Guantanamo Bay Cuba and Groton Connecticut. After his father’s retirement from the Navy his family resided in Lancaster PA, where he graduated from Lancaster Mennonite High School in 2007. There he met his high school sweetheart Danielle (Stoltzfus) Peck (mother of David III and Connor). In 2008 David joined the United States Army Reserves and was assigned to the 363rd Military Police Company, 3rd Platoon, 2nd Squad located in Grafton, West Virginia. He Deployed in 2009 - 2010 to Salah A'Din Province, Iraq under command of the 1st Infantry Division (Big Red One). While there, he was stationed at Patrol Base Woodcock then later Combat Operations Base Speicher in Tikrit, Iraq. His primary mission was Police Transition Taskforce (PTT), to train and prepare Iraq's police force to stand on their own. David went above and beyond on the mission and took every opportunity to help local families to rebuild their lives after years of conflict. He donated his free time and assisted in procuring school supplies, clothing, shoes, and toys for the war stricken children within our district. Returning from one such engagement, Corporal Peck's vehicle was violently attacked. David responded bravely, and with heroism and helped navigate his team to safety. David received the Purple Heart for injuries sustained that day. Other awards included: Army Commendation Medal, Combat Action Badge, Expert Driver Badge, Good Conduct Medal, and a Distinguished Unit Citation. David was a stellar soldier and beloved member of the 3rd Platoon Spartans. David also honorably served the city of Philadelphia as a firefighter. In lieu of flowers David’s family request donations be made in his honor to the Veterans Community Project (veteranscommunityproject.org) which is working to place homeless veterans in permanent housing or Save a Warrior (saveawarrior.org) which works to help veterans affected by PTSD find community and hope in their healing process. His memorial will be held at Forest Hills Mennonite Church, 100 Quarry Rd, Leola, PA 17540, on February 12, 2022 at 12pm officiated by Amanda (Nelson) Stoltzfus, Associate Pastor of Youth at CMCL.