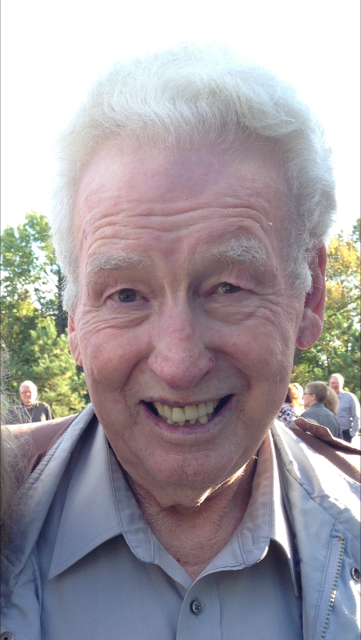 David Vernon Halvorson On Thursday, September 21, 2017 our dearest David, while surrounded by his loving family and dog, decided to join his beloved wife, Lenora, and their two dogs in heaven. David was born May 26, 1937, in Twin Valley, Minnesota to Orlean and Lorraine (Peterson) Halvorson. His family lived there until they moved to Fargo, ND in 1953. In 1956, at the age of 19, he began his career working as a construction foreman for Abbott, Arne & Schwindt Construction Company out of Moorhead, Minnesota. David met Lenora Strand in 1955 and they wed August 11, 1962 at the Bethlehem Lutheran Church in Ulen, Minnesota. He was a devoted husband and father and his hard work ethic continued throughout life providing well for his wife and children. David loved going to auctions. He was able to see value in things that others could not. Although a man of few words, he had a big heart and a generous spirit. He enjoyed giving out his treasures, which all of us have benefitted from time to time. That giving always put a twinkle in his eyes and a smile on his face. David also enjoyed watching western movies, going to rodeos and the local car races. Later in life, David liked the comforts of his home, the grand kids, and his best friend and companion, Foxy, the family dog. Foxy was by David’s side to the very end. David is survived by his five children: Brenda (Tom) Stout, Pelican Rapids, MN; David (Diane) Halvorson, Fargo, ND; Kimberly (Brad) Larsen, Ham Lake, MN; Darin Halvorson, Detroit Lakes, MN; and Kari Manteufel, Green Bay, WI; 11 grandchildren and 6 great grandchildren; three sisters, Arla Hacker, Judy (Duane) Hagen, and Colleen Munson all of Fargo, ND and one brother, Gerald (Mary Ann) Halvorson, Beaumont, Texas. He is preceded in death by his beloved wife, Lenora Halvorson; his parents Orlean and Lorraine; sister, Elaine Bergson; brother, Richard Halvorson; and two family dogs: Jake and Johnson. David’s final resting place will be in the West Ulen Cemetery alongside his wife. He will be missed by all. Visitation will be from noon - 1:00 pm on Saturday, September 30, 2017 at Boulger Funeral Home, Fargo, followed by a service at 1:00 pm.