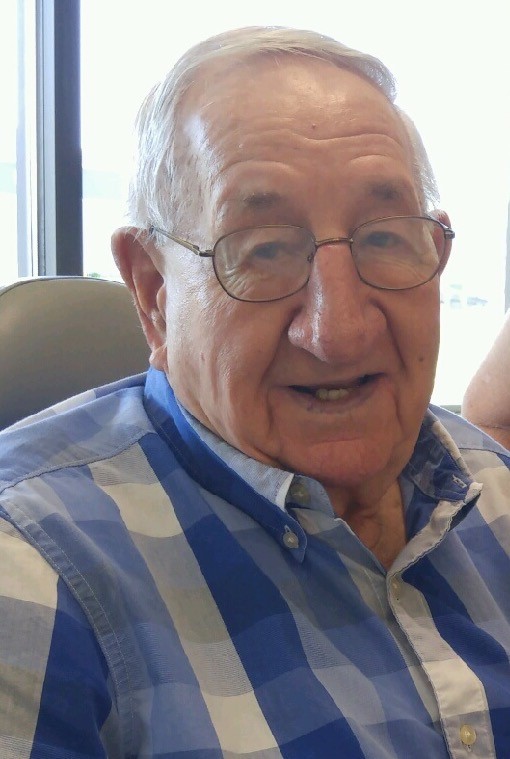 A livestream of Del's service will be available below: Del Boyer went home to be with the Lord and Ardella on March 3, 2022. Delton was born on June 30, 1929 to Andrew and Minnie (Northway) Boyer, the 13th of 16 children in the family. He married Ardella Syverson on Nov. 4, 1950. The marriage was blessed with three children. He will be greatly missed by his family and friends. Delton and Ardella settled on the Boyer homestead near Walcott where they farmed, milked cows, raised feeder cattle, horses, hogs and chickens; until discovering Arizona. In 1984 they moved off the farm to Kindred. In 2016 they moved into Fargo. In 2017 Del moved into assisted living where he formed many new lasting friendships. They are active members of Zion United Methodist Church, rural Colfax, where Del fully enjoyed singing off key to all of the old hymns. He served on the Richland County Water Board and represented and sold Funks Seed corn. Winter retirement started in the early 80’s; it was spent enjoying the sunny weather and all the activities available at ViewPoint Resort, AZ. His favorite place was at the softball field which he helped to build from the ground up. He played on several of the park teams and fully enjoyed the commradery of his teamates. Once playing became too difficult, Del obtained his AA Official Amature Softball Association Umpire’s license after the age of 70. He umpired for many years in Mesa and North Dakota. Delton loved life! He worked hard, had a deep and gentle faith, he enjoyed visiting, games of all kinds and chocolate! Among his favorite activities were baseball/softball, golfing and playing whist. He particularily loved watching his kids, grandkids and great-grands participate in their activites and sporting events; encouraging and cheering them on to be successful but mostly to have fun. His resilience in how he approached difficulties is a lesson taught to all he knew him. If something did not work out the first time, he was quick to find a remedy or a solution to fix the problem. Delton leaves behind his three children, Paulette (Gene) Gronneberg, Leigh (Ellen) Boyer, and Colleen (Dallas) Israelson; 7 granddaughters, and 15 great-grandchildren: Dawn (Jason) Mayer, Taylor and Tanner; Darcy (Brian) Ludwig, Jasmine, Madison, Layton, and Logan; Kristi (Louis) Halvorson Lauryn, Karsyn and Kade; Alexis Boyer, Isaac and Courtney; Candace (Louis) Mattson, Adeline and Luke; Suzanne (Evan) Nelson Laila and Millie; and Haley (Bryse) Aasved. Four siblings; Darrel, Harlan (Elaine) Clarice Skjonsby and Geraldine (Dennis) Fiek. He is preceded in death by his parents, wife, and siblings; Helen (Art) Jorgenson, Dorothy (Sig) Walberg, Bill (Cora), Margaret, Kenneth (Sally), Orlie (Ben) Erickson, Marjorie (Lester) Bolstad, Quentin (Emeth), Eleanor (Reuben) Iverson, Delores (Donald) Kummer, and Gordon (Louise) and sister-in-law, Odelia (Darrel) Boyer. In lieu of flowers the family prefers donations be sent to the Zion Cemetery fund or a charity of your choice.