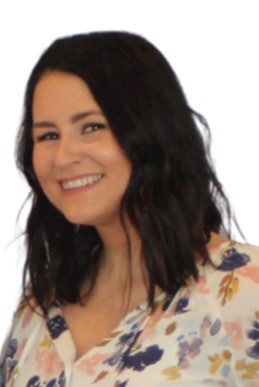 Dena Marie (Dahl) Hushka, 30, passed away March 14, 2022 at home surrounded by love under the care of Sanford Hospice. Dena Marie (Dahl) Hushka was born November 5, 1991 in Thief River Falls, MN. She graduated from Lincoln High School in 2010. Dena attended Concordia College and later graduated in 2014. Dena worked for Microsoft in Digital Sales. Cooper joined Logan and Dena’s family in 2016 and was spoiled with numerous toys and treats. Dena married Logan Hushka on January 22, 2017 in a small ceremony in Fargo. They later celebrated their marriage with family and friends in Breckenridge, CO on September 15, 2017. Some of Dena’s hobbies included crafting and doing puzzles. She loved spending time outdoors, vacationing, being in the mountains, and especially the lake place. Dena loved gardening and taking care of her over 20 unique houseplants. Dena was known for her kindness and caring towards others. She loved entertaining family and friends. Her monster cookies were famous and enjoyed by many. Dena married into Bison Football and was a cherished member of the tailgating team. Her interest in football grew over time but it was the roasted almonds that kept her coming back. Her time on earth was short but she lived life to the fullest and touched many lives. Dena is survived by her husband, Logan; their beloved dog, Cooper; parents, Dean and Mary E. Dahl; brother, Aaron Kessler; step grandmother, Marlene Anderson, Aunts, Kathy (Terry) Yanish, Connie Lee, Dorie Anderson; Uncles, Terry (Dayl) Anderson, Craig (Pam) Bergh, Michael (Linda) Bergh, Terry Dahl; numerous cousins; parents in law, Doug and Renelda Hushka; brother in law, Drew (Kristen) Hushka; and one nephew, Lucas Hushka. Dena was preceded in death by paternal grandparents, Mildred and Dennis Dahl and Kenneth L. Anderson; and uncles, Steve Lee and David Anderson. In lieu of flowers, a memorial may be made to Cancer Survivorship through Sanford Health foundation and 4 luv of Dogs Rescue.