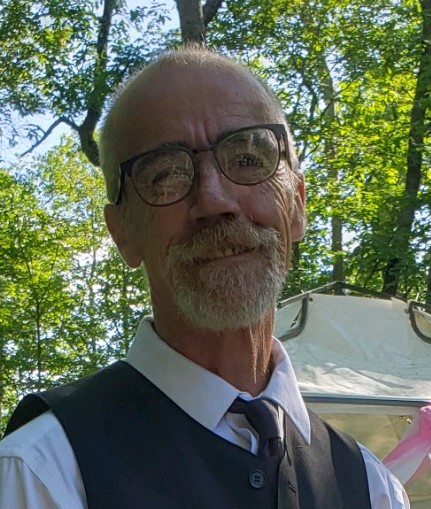 Dennis Rushton, 60, of Michigan, ND, passed away on December 23rd, 2022, at Sanford Health in Fargo due to complications from cancer and RSV/pneumonia surrounded by his family.

Dennis was born January 31, 1962 to David and Myrtle Rushton. He grew up in Ulen, MN. He graduated high school from Ulen/Hitterdal. Dennis was in the army and he was medically discharged. Dennis went to a tech school in Detroit Lakes for auto mechanics. He married Velda Rasmussen in 1983 and had 3 sons, James, Derek, and Raymond. He met Tracy in 2018 and married her in 2019.

Dennis had various jobs that he enjoyed. He worked at Shurco in Fargo until he moved to Michigan. He then started working at LM Windpower where he worked until he got sick and retired on disability.

Dennis took part a wide variety of outdoor activities. He enjoyed camping, fishing and bonfires. He really enjoyed snowmobiling with his son, James and four wheeling with his grandchildren. He took many trips with his family especially enjoyed the most recent trips with his wife, Tracy. Dennis was known for his kindness and he was always willing to lend a hand.

He proceeded in death by his parents, David and Myrtle, Jerry Fjeld, Clayton Thompson, and brother, Butch Keena.

There is no service. There will a celebration of life early summer 2023, to be announced.

Thank you to the nurses and doctors at Sanford Roger Maris Cancer Center.