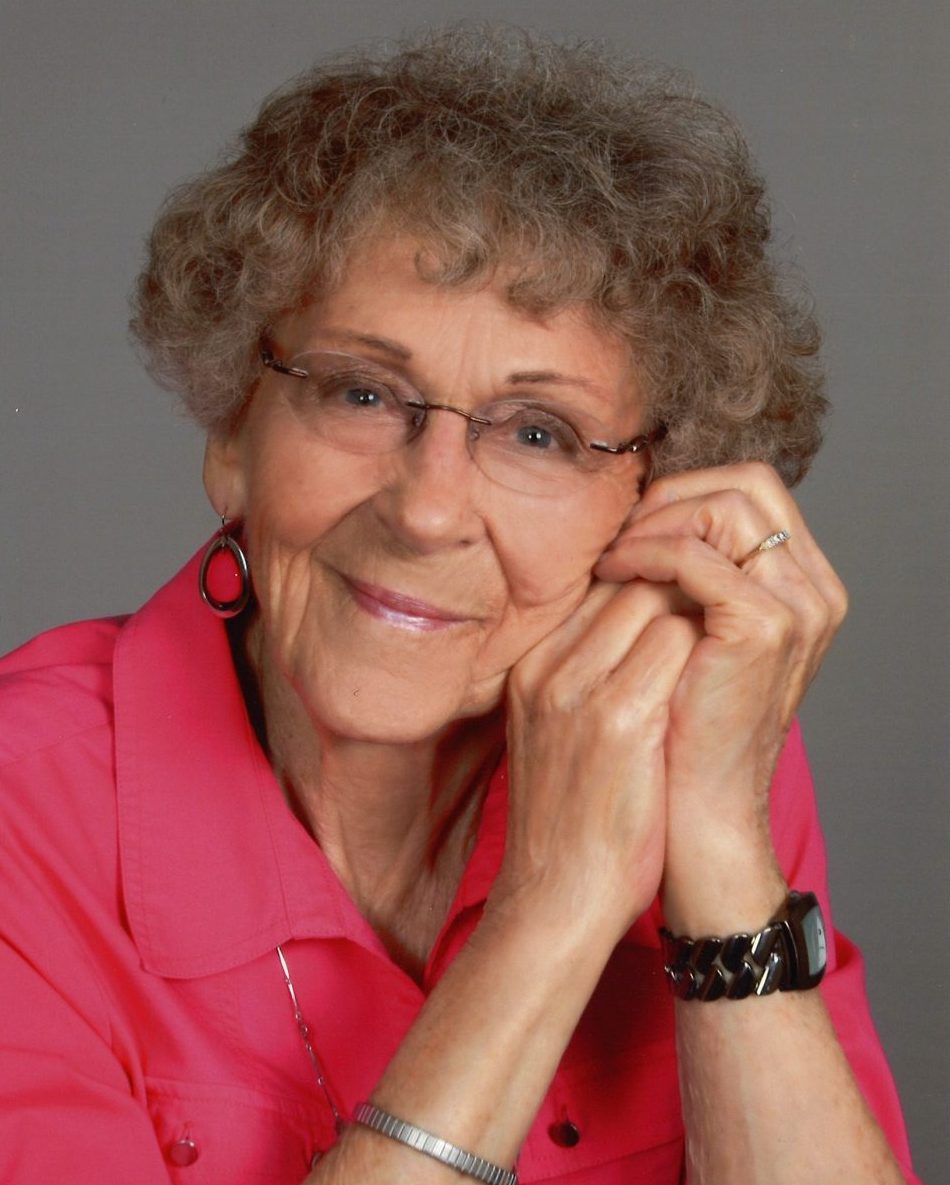 A livestream of the Memorial Service will be available below shortly before the service: Dolores Jo Porter, 92, was born on August 16th, 1929, in Ray, North Dakota, the second daughter of her parents, Bruno Herman Weyrauch and Dorothy Fern Sayles Weyrauch. She passed away February 7th, 2022 in Fargo, North Dakota. Mom grew up on a family farm as one of eight children and an extended family of many many cousins. Growing up as one of two girls with so many brothers gives you a toughness that stays with you for the rest of your life. Toughness and tenderness were the two main ingredients that made Mom. She always insisted, however, that she was on the wrong path until a certain stranger by the name of Chet Porter entered her life. Chester Earl Porter (Chet) and Dolores Jo Weyrauch eloped and were married on April 5th, 1948 and began their married life in Langdon, North Dakota where Dad worked as manager for the local Farmers Union Oil Company. In the spring of 1949 they moved to Ray, North Dakota. Like so many newlyweds their first years were in a constant state of flux but they were a team of two taking on and conquering whatever came their way. Dad tried his hand at many things that included working in the oil fields, farming, operating the trailer court in Ray as well as the Tastee Freeze. In 1957 Dad found a job as a bookkeeper, a skill that was taught to him by Uncle Sam when he served in World War II, that would take him to his retirement 24 years later at Northwest Communications Co-Op. As Dad worked his way through a myriad of jobs, Mom was doing her part as well, working for both the grocery stores in town and even working in the insurance business for a spell, all the while raising three kids and maintaining a beautiful home that she took so much pride in. Family! Family and friends were always the most important thing to Mom. A house full of visiting friends or relatives was when Mom shined her brightest and the most common sound coming from our house was laughter, and lots of it. Mom had such a great sense of humor and was very quick to smile and laugh. She used to say that she felt sorry for people who didn’t have a sense humor because they were missing out on so much of life’s joy. Chester died in October of 1993. Dolores’s four brothers, Art, Derald, Sonny and Phillip and her sister Dorothy, preceded her in death. She is survived by her three children, Susan Mollet of Fargo North Dakota, Sandie Amundson of Mesa, Arizona (spouse Roger) Kelly Porter of Broomfield, Colorado (spouse Kim). Dolores is also survived by eight grandchildren: Shawn Mollet (spouse Tammy), Julie Mollet Hanenberg, Shayne Mollet (spouse Shannon), Deanne Mollet Whitney (spouse Kevin), Toni Amundson Stenvold, Ben Amundson, Mackenzie Porter, and Jacob Porter. Seven great grandchildren: Darryk Hanenberg, Justin Hanenberg, Haley Mollet, Kaitlyn Mollet Iverson (spouse Jaden), Paige Mollet, Joseph Mollet, and Olivia Mollet, and one great great grandchild: Julia Dolores Hanenberg. Not everyone had a Mom like ours or a loving home like ours, but we did and it made all the difference in our lives. We were so lucky. Thanks Mom. In lieu of flowers, please consider a donation to St. Judes's: https://www.stjude.org/donate/donate-to-st-jude.html