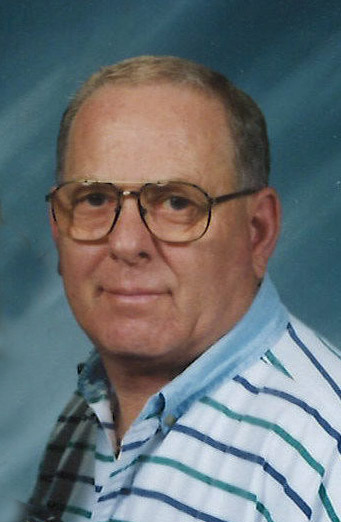 Donald J. Bauske of Fargo passed away Tuesday, March 31, 2020, at his home. Don was born in Crystal Springs, Kidder County, North Dakota to Leonard and Flora (Meisch) Bauske. Donald was the fourth of thirteen children Leonard and Flora raised on a farm in Dawson, North Dakota. Don told many colorful stories about growing up in rural North Dakota with a large, boisterous family and wonderful friends. Donald enlisted in the U.S. Army with his brother. He was a member of the Honest John Rocket Battalion and was stationed at Fort Hood, Texas, for two years. Don was honorably discharged following his service. After his discharge from the service, Don lived and worked in Fargo. Don met Darlene Schultz when she was working at the Ritz cafe in Fargo. Don and Darlene were married for forty-nine years, until her death in 2012. Don retired from the City of Fargo after thirty-seven years with the garbage department. During his time with the department, the workers were a close family, with friendships lasting far beyond the workday. Don was preceded in death by: his mother; father; wife, Darlene; son-in-Law, Terry Wilm; brothers Lyle and Larry; and sisters Mary, Phoebe, Carol Brown, and Myrna Roll. Don is survived by: son Ray (wife: Connie Cleveland), of Fargo; daughter LaDonna Quinton (husband: Corey Quinton), of Fargo; grandchildren Dr. Mitchell Bauske (Dr. Elizabeth Bauske), of Boise ID; Claire Ruth (Brandon Ruth) of Omaha, NE; Matthew Bauske, of Minneapolis, MN; Nick Wilm, Nathan Wilm, and Lucas Wilm of Fargo; brothers: Lloyd Bauske and Jerry Bauske; sisters: Marion Schmidt, Laverne Slaughter, Joan Stertz, and Fern Bauer. Beyond those usual characterizations and measures of life, these are the things his family knows: Don was a hard-worker. He liked to fix things. He was predictable, and always early. He didn't pretend. He spoke his mind. He was a loyal brother and friend. The group he met with daily for breakfast was important to him. He was immensely proud of his grandchildren. He highly valued his independence. Don will be greatly missed by his family, who are left with an immense sense of loss. Due to the current limitations on gatherings, no public funeral will be held. The family will have a private service. Arrangements are entrusted to the care of Boulger Funeral Home and Celebration of Life Center, Fargo. To sign the online guestbook, please go to www.boulgerfuneralhome.com.