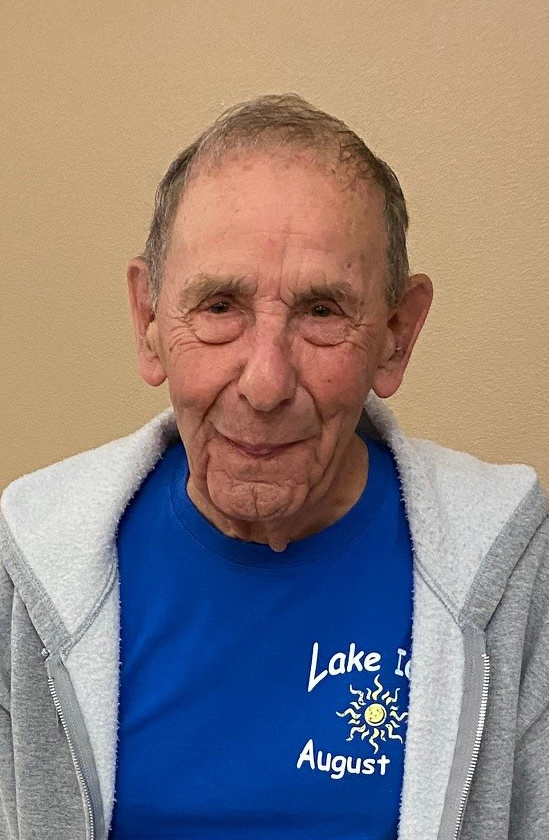 Don Blanchard, 95, Fargo, ND, passed away on Monday, January 17, 2022, under the care of Hospice of the Red River Valley at Bethany Retirement Living in south Fargo.
Don was born to John E. and Delores (Charboneau) Blanchard in Crookston, MN on September 21, 1926. He was the eldest of five boys. He grew up in Grand Forks, ND.

Don enlisted in the US Navy in 1944 and served in the south Pacific as a coxswain and master at arms. After his honorable discharge in May 1946 with a rank of Seaman First Class, Don lived in Fargo, ND where his family had moved in 1945. He graduated from Sacred Heart Academy (Shanley) in 1947. During his senior year at Shanley, his highlight was being head coach for the hockey team and coaching his brother, Richard (Dick). He attended North Dakota State University. Don married Margaret “Mugs” Narveson in 1950 and moved to Minot, ND where Don and Mugs raised their family.

Don’s career included working for The Great Northern Railroad (Fargo), Sweeney Brothers Tractor Company (Fargo), E. A. Tuftedahl Co. (Minot), Fisher Motors (Minot) and the US Postal Service (Minot, ND and Sioux Falls, SD). While working for the Post Office as carrier and regional vehicle maintenance manager, he received several commendations and an incentive award. He loved working for the US Postal Service.
Upon retirement, Don and Mugs moved to Lake Ida in Cormorant, MN in 1986. Don made Fargo, ND his last residence.