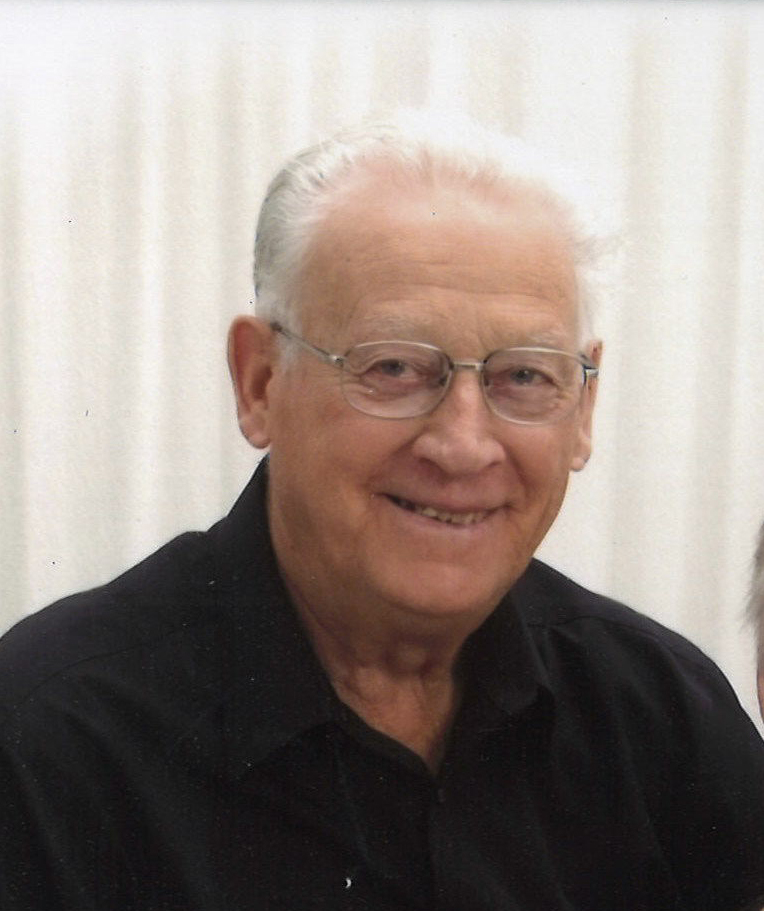 Donald Francis Kub, age 88 of West Fargo ND (formerly Walcott ND), passed away on May 21, 2018 at Essentia Hospital in Fargo surrounded by family. Donald was born September 21, 1929 on a farm west of Wahpeton to Adolph and Fannie (Kemp) Kub. He attended Mooreton and Wahpeton Public Schools and later became employed at Grindy’s Creamery in Wahpeton. Donald spent 2 years serving in the army in the Korean War with a rank of corporal. He had the privilege to participate in the WDAY Honor Flight in October 2016. On a blind date, Donald met the love of his life, Irene Mae Erbes. The couple married on October 27, 1953 at St. Anthony’s Catholic Church in Mooreton. They began farming in 1954 in Tintah MN before moving to Walcott ND in 1956 where they farmed together, retiring in 2008. The couple moved to West Fargo in December of 2011. After a wonderful life together, Irene entered eternal life on July 30, 2015. Donald was a member of St Maurice’s Catholic Church in Kindred. He was a member of the Knights of Columbus, the Colfax VFW and the Wahpeton Eagles. Along with Irene, Donald spent much time attending sporting and other events of his children, grandchildren and great grandchildren. Survivors include his four children: Jerry (Vickie) Kub, Davenport; Judy (Clint) Devitt, Lisbon; Jeff (Janet) Kub, Kindred; and Joni (Mark) Knowlen, Kindred. Don is also survived by his nine grandchildren: Shanna (Adam) Brech, Angie (Chris) Twite; Kyle (Katie) Enga; Brandon (Erin) Kub, Brady Kub (special friend Tracy Grueneich), Jason Kub (special friend Chelsey Pizel); Bryce (Bree) Knowlen, Chase Knowlen (fiancée Kaitlyn Haugen) and MacKenzie Knowlen. Also surviving are his six great grandchildren: Kaylee and Audree Brech; Jackson, Madelyn and Peyton Kub; and Kennedy Knowlen. Brother-in-law Edmund “Bup” (Eileen) Erbes, sister-in-law Sherry Erbes, sister-in-law LeAnn (LeRoy) Juve, and brother-in-law Dale (Mary) Erbes as well as several nieces and nephews. Donald was preceded in death by his loving wife, Irene; his parents; sister Leona Braun, brother-in-law Leo Braun, parents-in-law George and Agnes Erbes, brother-in-law Eugene “Gene” Erbes and his great granddaughter Kailyn Kub. A family service will be held at 7:00 PM on Thursday, May 24 with Rosary at 4:30 PM and visitation starting at 5:00 PM at St Maurice’s Catholic Church, Kindred ND. The funeral service will be held at 11:00 AM on Friday, May 25 at St Maurice’s Catholic Church with visitation one hour prior. Burial will be in St Benedict Cemetery, Wild Rice ND. The family thanks all who have loved and cared for Don during his lifetime especially as his health diminished recently. Any memorials are requested to the giver’s charity of choice. Arrangements have been entrusted to Fredrikson-Boulger Funeral Home. Online guestbook at: www.boulgerfuneralhome.com.