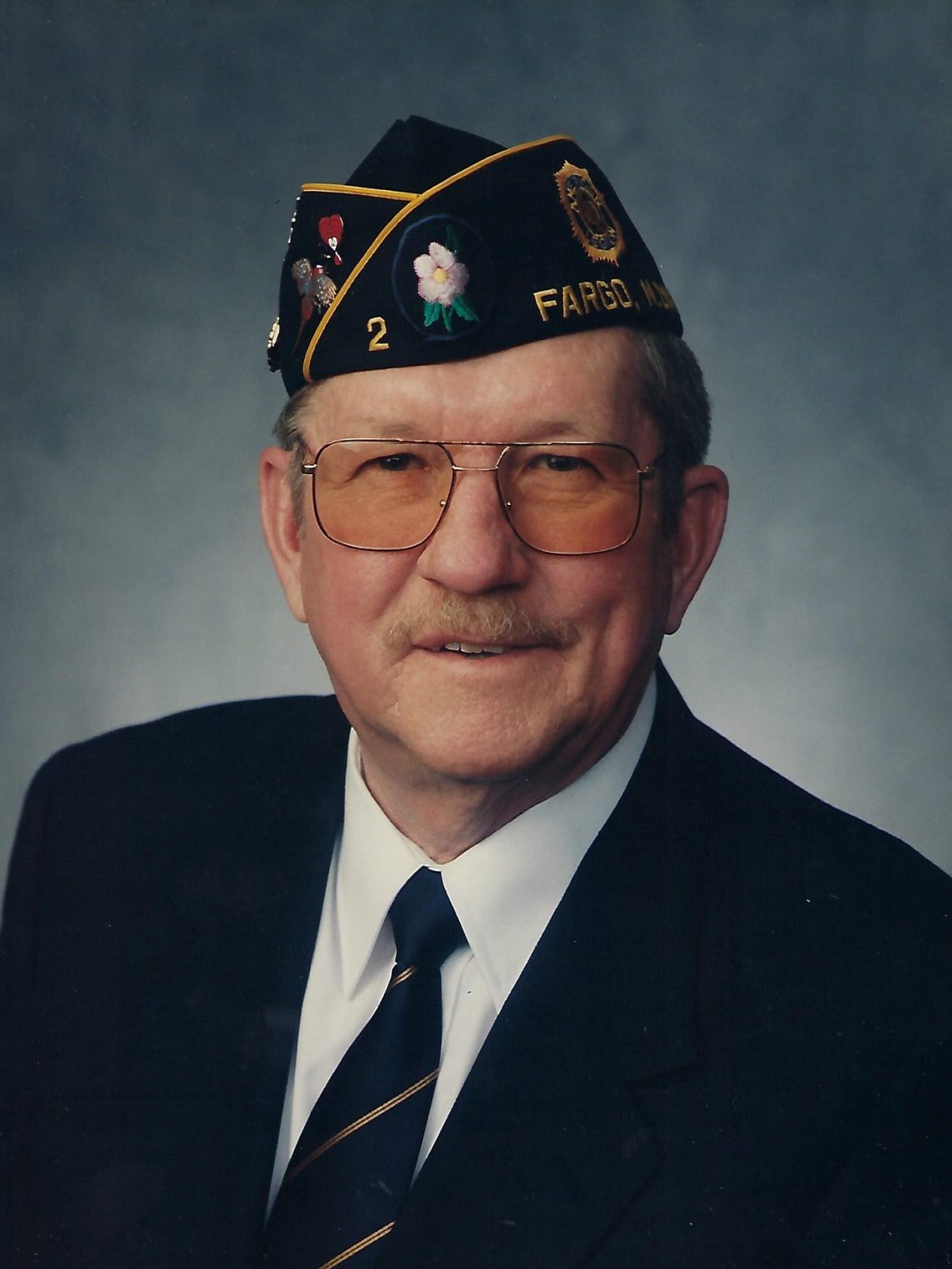 Donald Anthony Schwinden, 89, passed away peacefully on Saturday, October 16, 2021 at St. Catherine North (formerly Rosewood on Broadway). Don was born August 5, 1932 in Fargo, ND to Moritz John Schwinden and Agnes Barbara (Kluck) Schwinden. He graduated high school from the Sacred Heart Academy in 1950. Duty called when Don was drafted on November 3, 1952 to serve in the United States Army during the Korean War. He was sent to Fort Campbell, Kentucky for boot camp and trained as an infantry rifleman. Following that he was shipped overseas where he spent time in combat and working at the headquarters. At the time of his honorable discharge on September 15, 1954, he held the rank of Corporal and had been awarded the Korean Service Medal, Bronze Service Star, United Nations Service Medal, Combat Infantry Badge, National Defense Service Medal, Presidential Unit Citation and Good Conduct Medal. Don was proud of his service and continued to support fellow service members through his efforts with the American Legion while serving as Commander of Post 2 along with Voiture Locale 240 Chef de Gare and Grand Chef de Gare du North Dakota of the 40 and 8. He also volunteered in the Honor Guard, Color Guard and for fun activities like bingo calling and Flags for First Graders. Sports were a big part of Don’s life. In his prime, he played shortstop for notable Class A fast pitch softball teams such as Fargo VFW, Nassif Rug Company and Holsum Bakery. He later played for one of the F/M area’s first slow pitch softball teams. After his playing days, Don volunteered at many softball and baseball tournaments. He was the man behind the Jack Williams scoreboard for Legion baseball games. Don worked for Northern School Supply as an installer and then salesman for the majority of his career. In his retirement, he spoke of missing his time on the road. He compensated by taking his second wife, Patricia, on many long driving trips across country to visit family and notable sites. He made time to stop at a casino or two knowing that would make his bride happy. Don married the love of his life, Patricia, on May 2, 1986. They resided in north Fargo. They were matched up by Don’s sister-in-law, Norma, who was a bowling teammate of Patty’s. Prior to Don’s health decline in the last decade, Patty and he had an active social life. They often met friends at local establishments such as the Empire (Don’s favorite), American Legion, Vic’s and Labby’s. Throughout the years, Don also enjoyed bowling, hunting, fishing, golfing and listening to Lawrence Welk music. Don preferred to be busy. He struggled in his later years as his physical and mental health eroded. He sorely missed driving, enjoying beers with friends and fixing things around his home. In his afterlife, Don will join his wife, Patricia; parents, Moritz and Agnes; siblings, Albert (Bud) Schwinden, Evelyn Fischer and Kenneth Schwinden. With Don having been married to Patty for over 30 years, Patty’s children Diane (Gary) Carlsrud, Judi (Terry) Schmidt, Linda (Keith) Pederson, and Stanley Sundby feel they have lost a beloved father. Don will also be greatly missed by his four children from his first marriage, Kari Soller, Bill (Mary) Schwinden, Mark (Karen) Schwinden, and Jeri Hack; his brother Morrie (Cathy) Schwinden, his sister Elaine Cihak, sisters-in-law Norma Schwinden and Diane (Willy) Hoffman-Fuellner; along with many grandchildren, great grandchildren, nieces and nephews. Many thanks to the wonderful and caring staff at St. Catherine North. Their concern for Don’s comfort and well-being was always evident.