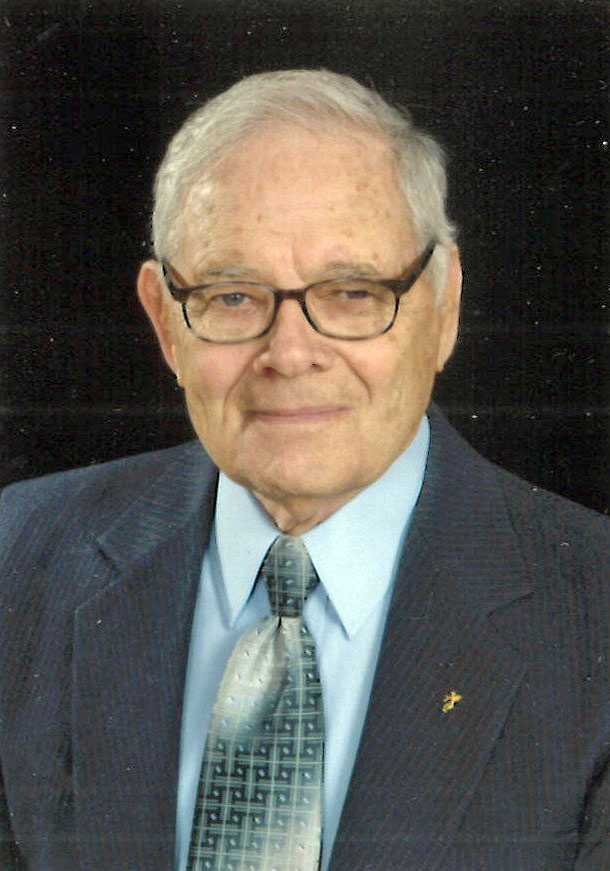 Life Notations of Donald Wayne Stevenson Donald W. Stevenson was born at Carlock, SD on September 14, 1928. The son of Ivan and Mamie (Monroe) Stevenson. He lived on a farm near Fairfax, SD for 22 years. Don married Joyce Bell December 31, 1950. To this union two daughters were born: Carol Joyce and Janet Rahe. The family resided in Springfield, SD until 1967 when they moved to Wahpeton, ND. In 2009, Don and Joyce moved to One Oak Place in Fargo, ND to be closer to family and to enjoy more time with their grandchildren and great-grandchildren. Don served in the Korean War - 2nd Engineer Amphibious Brigade from 1951-1953. After serving two years in the Army Reserves he continued his military dedication in the SD and ND Army National Guard - 231st Engineer Battalion from 1956-1984. He retired with the rank of Sgt Major (E-9). During his years of commitment to military service he earned The Meritorious Service Medal, The Army Achievement Medal and Perfect Attendance Award. Don earned a Bachelor of Science Degree in Vocational Education from Southern State College in Springfield, SD, a Master's Degree in Industrial Education from Stout University in Menomonie, WI and did advanced doctorate study at SD University, Vermillion, SD, North Dakota State University, Fargo, ND and University of ND, Grand Forks, ND. He taught and served as a Department Chairman in the vocational program at Southern State College, Springfield, SD from 1957-1967. He served as Dean of Trade Occupations at North Dakota State College of Science from 1967-1989. Following his retirement from NDSCS he worked various jobs as a Federal Crop Adjuster, worked at State Farm & Colonial Rental, United Building Center, Wahpeton True Value and Ace Hardware. While residing at One Oak Place he enjoyed various activities such as calling bingo and was known as the "popcorn man". Don should be remembered as someone always willing to help and to be your friend. Also for his contribution to Vocational Education and his concerns for the opportunities available for young persons. He served on the Legislative Study Committee Vocational and Adult Education in ND, served five years as Secretary of ND Vocational Association, served on the accreditation committee for private and secondary schools, while at NDSCS he implemented a Resident Care Technician program for the mentally challenged, served as chairperson and advisor to the committee for developing the Occupational Therapy Assistant Program at NDSCS. He carried a vital role in establishing the ICAR program, served as a judge for the annual Inventors Congress and was a Civil Defense instructor. Through his work and dedication he earned numerous awards: The Personalities of West and Midwest, Effective Supervision Achievement and Appreciation in Development of Industrial Youth. Don was an active member of the United Church of Christ, Wahpeton where he served in capacities of Deacon, Trustee, Moderator, Sunday School Superintendant, and Chair of Search Committee. He was a member of the American Legion, Masonic Lodge, Order of Eastern Star and a past member of Wahpeton Rotary for which he served three years on the Board of Directors. He was also instrumental in developing the Student of the Month project for the Rotary Club. Survivors include his wife of 69 years, Joyce, and two daughters, Carol (Steve) Arthaud of Fargo, ND and Janet (Mitchel) Malme of Fargo, ND; four grandchildren, Carey (Matthew) Hory of Adairsville, GA, Kayla (Tyler) Gylland of Colfax, ND, Justin (Savannah) Malme of Fargo, ND, and Melanie Malme (fiancé Blane Geddes) of Grafton, ND; Great-grandchildren, Karah Madison Hory of Adairsville, GA, Chloe Grace Gylland and Bryce Anthony Gylland of Colfax, ND, and Odin Jubert Malme and Elizabeth Jean Larson of Fargo, ND; a sister, Jean Pirner of Wagner, SD, and brother-in-law, Duane Hammon of Great Bend, KS. He was preceded in death by his parents, Ivan and Mamie Stevenson, two brothers, Vernon and Gerold (infancy) Stevenson; two sisters, Betty Carlson and Mary Hammon, his father-in-law and mother-in-law, Elmer and Hazel Bell of Sturgis, SD. We wish to thank the staff at Bethany Retirement Living, Ethos Hospice and all the others who showed such kindness to Don and support to his family during his illness. Arrangements by Boulger Funeral Home and Celebration of Life Center, Fargo, ND. Burial in Fairview Memorial Gardens, Wahpeton, ND Donald's Video Tribute can be viewed below: