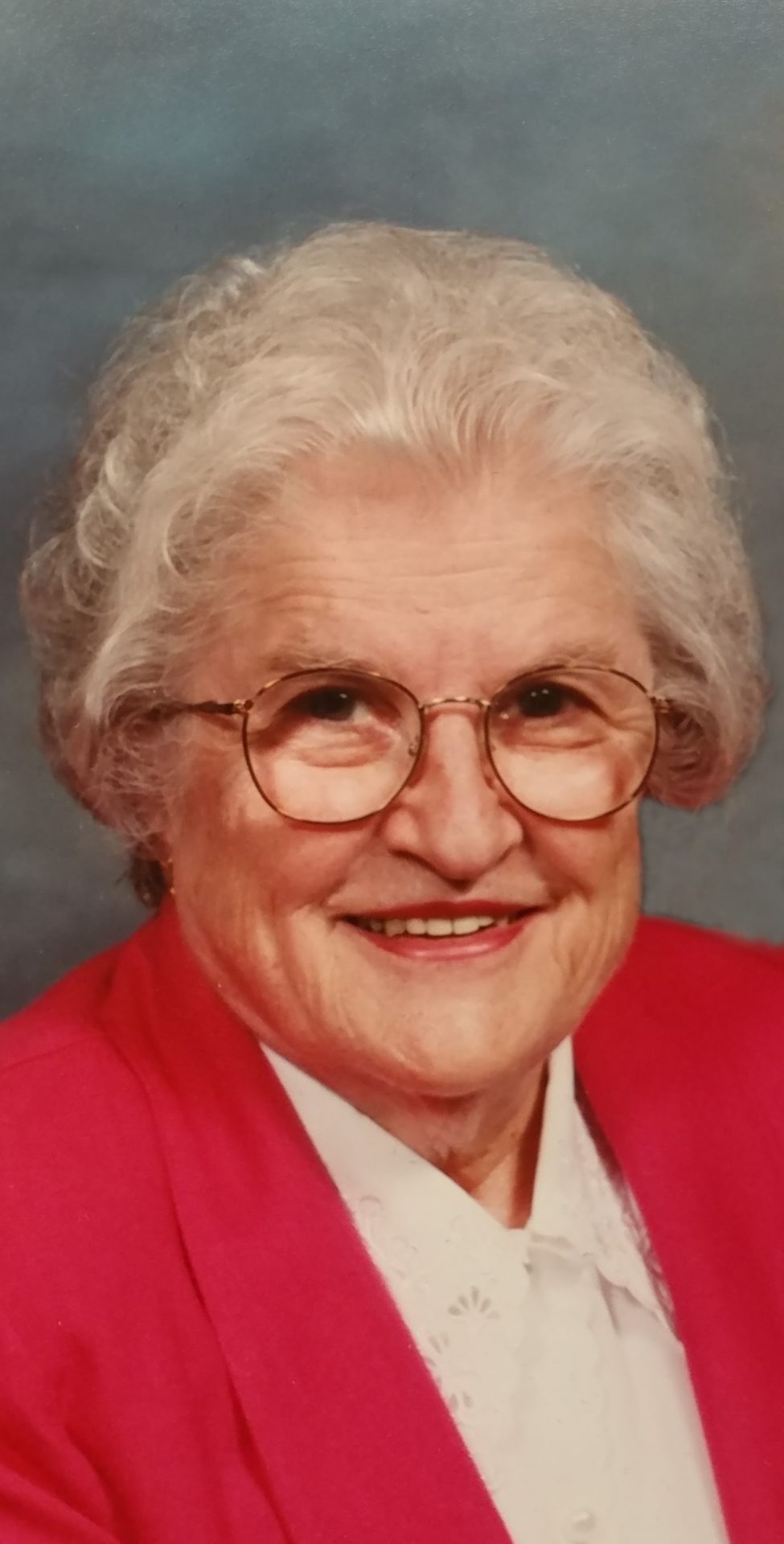 Doris Marie Weiss, 94, passed away Sunday, August 18, 2019 at Bethany Retirement Living, Fargo. Doris Marie Weiss was born July 30, 1925, on the ranch that her father, William Weiss, bought near Maurine, SD. Her mother’s maiden name was May E. Ingalls. She was a descendant of Laura Ingalls Wilder. Doris’ twin brother, Donald, arrived a day earlier than her, and they had to leave the ranch to get a doctor to help with her birth. The twins joined older siblings Albert and Fern. Albert and Donald took over the ranch when their father retired, and the ranch is now being run by their sons, Lyle and Roger. The twins went to high school in Sturgis, SD. Her sister, Fern, took care of the twins while their parents stayed on the ranch. Doris went to college for two years at South Dakota State University in Brookings. She met her husband, James T. Rudesill, at a social function at First Presbyterian Church in Rapid City, SD. He had just returned from serving in the Army in World War II. They married in the church where they met on March 7, 1948. Doris helped put James through school by using her excellent seamstress skills. After James received his PhD, they moved to Fargo, ND where he began a 32 year teaching career at N.D.S.U.. Doris went to work for Sears in the Parts Department where the farmers who came in for parts were always amazed that a woman knew the exact part the needed. After retirement from Sears, Doris demonstrated food at Hornbachers. Doris was an excellent gardner and gourmet cook. She walked on a regular basis to keep in shape. Doris and Jim traveled extensively in the United States and Europe, as Carol and Cathy both lived in Germany. She and Jim were active members of First Presbyterian Church for over 50 years. She is preceded in death by her husband of 62 years, her parents, and her siblings. Her son, David (Tannis,) of Bainbridge Island died in June of 2018. She is survived by her daughters, Carol Rudesill Brantley (Andrew) of Williamsburg, VA and Cathy Rudesill (Chuck Eggers) of Burnsville, MN. She is also survived by many relatives throughout the U.S.