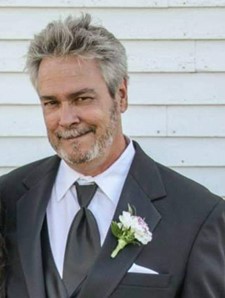 Douglas Rene Walker, 62, Kindred, ND passed away on Friday, January 28, 2022 at Sanford Hospital in Fargo. He was born on August 20, 1959 to Everett “Al” and Antonia (Cossette) Walker in Moorhead, MN. He spent part of his childhood in California. He served in the Navy for a few years and then returned to North Dakota. He married Lisa Brunette in 1989 in Fargo. They later moved to Walcott in 1997 where they raised two children. They lived in the country and he was very proud of it because “country folk can survive”! Lisa passed away on October 24, 2009. He later moved to Kindred, ND where he met Johanna. They were married on May 26, 2016. They spent time camping with family, cooking, and grilling. He enjoyed barbequing (the hotter the better!), celebrating birthdays, and gardening. He is remembered fondly by his funny and unexpected humor. The jokes he told would always leave those he spoke to laughing about something other than what they were expecting. He loved spending time with his family by either laughing at SyFy movies, fishing, camping, or telling a wild story. He is survived by his wife Johanna; children, Samantha (Jeremy Vigen) Walker, Jackie (Daniel) Hopewell, and Link Roth; grandchildren, Riley, Alexis, Nicholas, Andrew, and Tyler; sisters, Yvonne (Scott) Walker Carmichael, and Jacquelyn (Warren) Walker Peterson. He was a much loved brother of Jackie and Warren, and Yvonne and Scott. He was preceded in death by Lisa; brothers Steve and Bob; parents Everett and Antonia. Flowers can be sent to the Church of God Seventh Day address of 3010 10th Ave N Fargo, ND 58102.