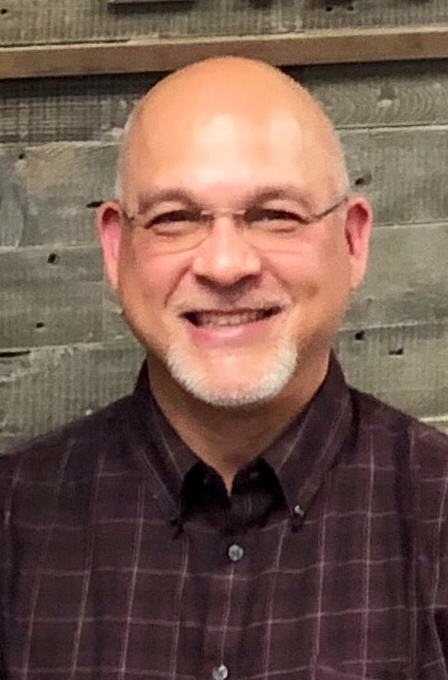 Dr. John's Live Streamed Funeral Mass can be viewed below. We are reliant on the churches wi-fi for a stable connection, if something does happen with that connection, the service is being recorded and will be posted later: Dr. John's Live Streamed Prayer Service and Funeral Mass can be viewed below shortly before each service: Once there was a boy born in the hills of snow and near a lake. To him they brought joy and passion his entire life. John Leon Mari was born November, 25 1962 in Bottineau, North Dakota to parents Justo and Diane Mari. There he learned to skate, snowmobile, fish, and hunt. He and his brother Jeff remember how they were the only kids at the rink who used old 50 pound rice bags to tow their hockey equipment. The other kids had potato sacks. In the winter of 1975, his dad joined Saint Luke's hospital and moved the family to Fargo. John attended Ben Franklin Middle School where he met some of his lifelong best friends. The 1981 state hockey champions came from Fargo North High School. John was pleased to be part of that team. The trophy is down stairs in the hockey shrine. He went on to study and play hockey at Concordia and NDSU, although you would only ever hear him say, "Go Sioux." We all worked during college back then and The Trader and Trapper was a popular spot. John was your bartender, a skill he still enjoyed showing off. That is where he met his wife of 36 years, Lynne Mock. She wrote him a check with a big tip to get his attention. They were married June 8th of 1985 in Braddock, North Dakota at St. Katherine’s Catholic Church. A traditional old time German Wedding! Even though Grandma Carol tried, John was not able to master the “polka”. That summer they moved to Oregon. There John attended Pacific University College of Optometry graduating in 1989. Back to the land of ice and snow and his first of 3 Alaskan malamutes! They made the Iron Range of Northern Minnesota their home where their first daughter Jordan was born. A few years later they returned to Fargo, where daughter Jade and son Jarett were born. John really enjoyed life, he made an effort to be part of the lives of all he loved. He spent countless hours at ice rinks, either coaching, playing, or cheering on a team. He looked forward to spending time on snowmobile trails with friends and family, pulling tubers and skiers at the lake, or relaxing on the pontoon, fishing Little McDonald, most of the time without a bite or a worry. He loved golf for the beauty of the course and to be with his buds. He was a great supporter of the only dancer in the family, Jade. He so loved family time that he employed four out of five immediate family members full time at 20/20 Vision Express in Fargo. Talk about keeping family close. John worked to live, he did not live to work. His lighthearted blissful spirit was always the life of a party, where he coined the famous “final final”... HOLYYY. He has bestowed countless nicknames on young and old, rocked with all his favorite bands, and kept his family close. His new favorite nickname was given to his first granddaughter, “Joc the Boss.” Johno left us the morning of November 6, 2021 due to COVID-19. He leaves behind to mourn his wife Lynne, daughter Dr. Jordan (Dr. James) Muir, Jade (Davis Geske) Mari, his son Jarett, granddaughter Jocelynne, bonus son Colten St. Clair, father Dr. Justo L. Mari as well as his siblings - sister Marilyn (Dr. Jim) Werre, brother Jeff (Kaley) Mari, and sister Jackie (Dr. Dan) Mengedoth, and many close knit nieces and nephews. He is preceded in death by his mother, Diane Mari. Dr. John's Video Tribute can be viewed below: