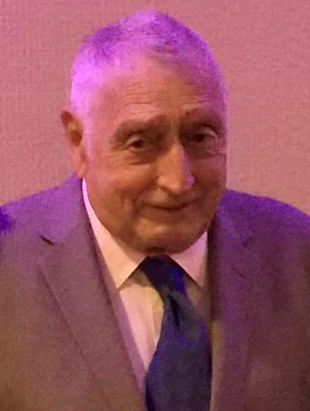 Duane's live streamed funeral service can be viewed below: Duane “Willie” Edward Williams, 89, passed away December 17, 2021, at home while enjoying a beer. He was the oldest child born to Adella (Sautebin) and Donald Williams at the Camp Maternity Hospital in Fargo, ND on June 2, 1932. Duane grew up in northern ND living in the Hannah/Sarles area until moving to Argusville, where he graduated from Argusville High School in 1950. After high school, Duane farmed with his father and joined the US Army in 1952 and was deployed during the Korean War. He was honorably discharged with the rank of Corporal in 1954. He married Darlene (Russell) on April 11, 1961, in Webster, SD. They made their home in Fargo, ND, eventually moving to Lake Park, MN. Duane worked at the Stockyards in West Fargo until they closed, then finished his career as a foreman for Federal Beef, retiring in 1997. He enjoyed horses, gardening with his daughters, puzzles, and playing cards with anyone foolish enough to think they could win. He also enjoyed traveling, especially with his son-in-law and best bud and time spent with his great grandchildren. Duane leaves behind his children Gloria (Don) Haapapuro of Rollag, MN, Sue (Brad) Koch, Cindy (Doug) Dietrich, Holly (Russ) Richter, Duane Jr (Donna) all of Fargo, ND, Dan (Courtney), Greeley, CO; 12 grandchildren; 8 great grandchildren; one great great grandson; siblings John (Kathy) of Edmond, OK; Sharon Lane of Fargo, ND; Deb (Chris) Krogsgaard of Detroit Lakes, MN; Sandy (Iver) Buchmann of Grand Forks, ND; Becki (Paul)Condon of Clara City, MN; extended family and friends; and his best friend and much loved dog, Fancy. He was proceeded in death by his wife of 51 years, Darlene; his parents Don and Adella, infant siblings Howard and Beverly, granddaughters Jessi Haapapuro and Cassie Waterman-Williams, great grandson Jacob Williams and brother-in-law, Hunter Lane. Duane's Video Tribute can be viewed below: