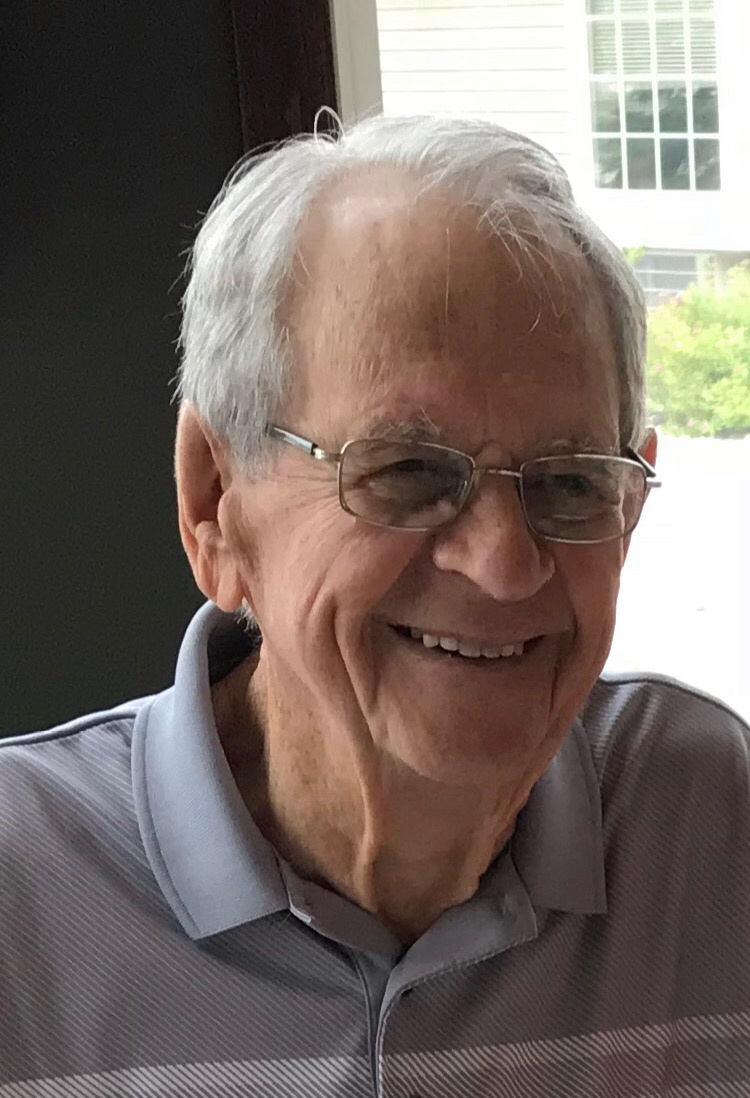 Dwight ‘Pete’ Marlow Thrall, age 86, passed away peacefully on July 1, 2019 in Fargo, N.D. surrounded by loving family and friends. His love for them and his zest for life was an inspiration to everyone who met him. Pete was born in East Grand Forks on June 7, 1933 to Arnold and Minnie (Purpur) Thrall. The family moved to Placerville, CA, during World War II and returned to Grand Forks, where Pete attended Central High School. He served active duty in the Air Force from 1952-1956, stationed in Anchorage, AK, and attended the University of North Dakota, graduating in 1960. Pete had a distinguished career with Border States Electric -- he was hired by co-founder Jim Stolee in 1957, was the first full-time outside salesman of the company, served as President of the Board, and retired as Vice President of Marketing for the company in 1985. His Border States family continued to play a big part in Pete’s life. The company and its people were an ongoing source of pride. Pete was a lifelong Sioux fan and a fixture in the stands during hockey and football seasons. He traveled around the country to watch his beloved hockey team. He was a proud member of Kiwanis and enjoyed his regular get-togethers with the “Nickel Club.” Pete felt blessed to have had two wonderful marriages in his life. He met Dolly when they were in high school and they enjoyed 31 amazing years together. Later, he met Phyllis through Beginning Experience support group and shared a beautiful 26-year marriage. He opened his arms to her large close-knit family. Pete is survived by his children, Mark (Lori) Thrall, Jeff Thrall (Tammie Clemens), Patty Harris Thrall, Susie (Jeff) Rodin, Scott Robert (Lori) Hamilton, Keith Andrew (Laura Kahn) Hamilton, Laura Lee (Michael) Hamilton, Sarah Jo (Aaron Solem) Hamilton; fifteen grandchildren and eight great grandchildren; brother Robert ‘Buck’ Thrall and numerous nieces, nephews, cousins and in-laws. He is preceded in death by his parents Arnold and Minnie; his first wife, Dolly; his second wife, Phyllis; his brother, Glen; and his sister Marilyn Kavadas. We would like to thank the palliative care team of Sanford Hospital and the staff of Edgewood Vista team for their dedicated care and compassion. In lieu of flowers, the family requests contributions in memory of Pete Thrall to Special Olympics North Dakota.