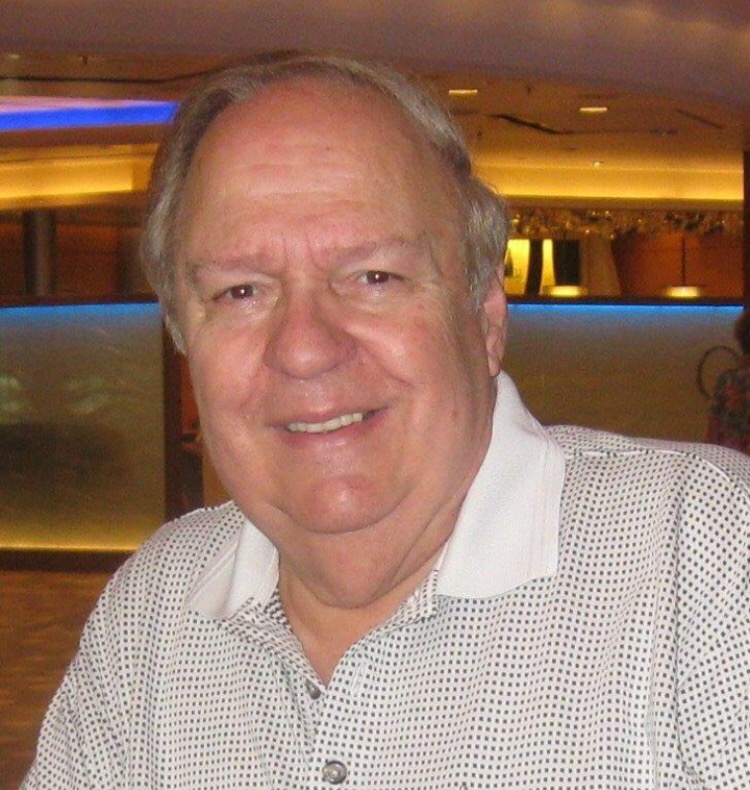 Edward's Live Stream can be viewed below: A husband, a father, and grandfather too. He excelled at each role; he was our foundational glue. But today, the surely bonds of earth he left behind Leaving us only with memories we will now jealously mine. For eighty-six years the world was blessed to have Edward Oscar Magarian (“Ed”). He was a loving son, brother, husband, father, grandfather, uncle, friend, and teacher. He passed on November 6, 2021 at the Sanford Hospice House in Fargo. He was at peace, surrounded in love by his beloved wife, Sandy, and his three sons, Ed, Kevin, and Tim. Ed was born on October 3, 1935 in East St. Louis, the son of a refugee from the Armenian genocide and German-born mother. In 1958, while at college, he realized he could not live happily ever after without his beloved Sandy. So, he called her parents asking for her hand in marriage. On June 27, 1959, they were married, a love story and marriage that would last until his death more than 62 years later. One of the things Ed said to Sandy before he passed was “I love you to the moon and back.” Ed is survived by his loving wife, Sandy, three children and ten grandchildren. His oldest son, Ed Magarian, lives with his wife Donna in Minneapolis, and has two children, Brian and Hannah, both of whom live and work in New York City. Ed will be with his family in spirit in New York for the January wedding of his first grandchild, Brian, to the love of his life Caroline Taylor. Ed’s middle son, Kevin Magarian, lives with his wife Mary in West Fargo, North Dakota and has three children, Chris, Kayla, and Connor, all three of whom live in West Fargo. Ed’s baby, Tim Magarian, lives with his wife Tracy in Sartell, Minnesota and has five children, Thomas, Adam, Will, Allie and Olivia, all of whom live in Minnesota. Ed is also survived by his brother, as well as brother and sisters-in-law: Bob and Charmaine Magarian from Norman Oklahoma, Barbara Coleman from Belleville, Illinois, and Greg and Mary Jean Maksudian from Naples, Florida. He is also survived by many cousins and friends, as well as nieces and nephews, Leslie Magarian and Kris Holtzclaw and Cindy and Scott Weisberg, Mike and Betty Maksudian, Steven and Holly Maksudian, Jen, Caroline and Amy Maksudian, Melanie and Dan Lodes, and Julie and Stan Goddard. Ed was preceded in death by this parents, Leon and Pauline Magarian, his brother, Leon Magarian, his mother and father-in-law, Arnold and Lolly Maksudian, two nephews, Chris Maksudian and Bob Magarian, and his niece Paula Magarian. Ed graduated from the University of Mississippi and then went on to receive his Ph.D. in medicinal chemistry in 1964. Ed took his first job as a professor of medicinal chemistry at the University of Rhode Island that same year. Four years later, in 1967, Ed and Sandy set off for their next adventure with their family in Lexington, Kentucky. Ed became a professor at the University of Kentucky, where he remained until June of 1971. At that time Ed moved his family to their new home in Fargo, North Dakota, where he taught future chemists and pharmacists until 2005. Ed was a beloved professor, and was voted teacher of the year many years, including his last year of teaching in 2005. He was also the faculty advisor for the Kappa Psi Pharmaceutical Fraternity Chapter in the College of Pharmacy for many years. Ed touched the lives of many. A visitation will be held at the Boulger Funeral Home at 123 10th Street South, Fargo, North Dakota 58103 on Thursday, November 11, 2021 from 6 pm to 8 pm, and Friday, November 12, 2021 from 9 am to 10 am. The funeral will also be held at the Boulger Funeral home on Friday, November 12, 2021 at 10 am. In lieu of flowers, the family asks that donations be sent to Sanford Hospice House. https://www.sanfordhealthfoundation.org/donate/. The Hospice House helped our husband, father and grandfather pass on in peace, a priceless gift for which our family will be eternally grateful. Goodbye to our mentor, our hero, our dad To the moon and back, we love him, and although today we are sad In time, our tears will be replaced with one big smile So lucky we had him for such a long while.