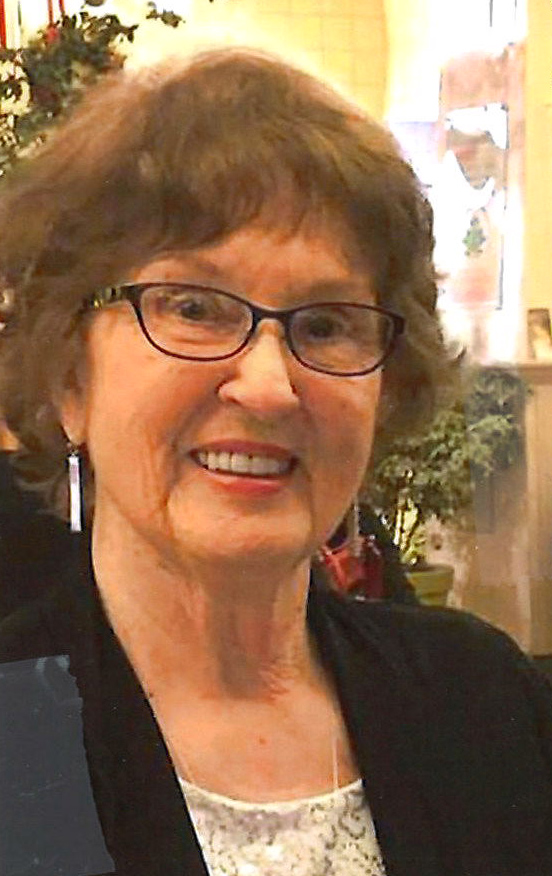 Elaine's Live Streamed Memorial Service can be viewed below at 9:45 a.m. on Friday: Elaine Hazel Frison of Fargo, ND went to be with her Lord and Savior Jesus Christ on Wednesday, December 22, 2021. She was surrounded by family. Elaine was born on March 15, 1941, to Cecil and Helen (Harvego) Tabor in Breckenridge, MN. She attended a one room country school near Breckenridge through the 4th grade, then moved to Breckenridge, MN where she went to Breckenridge Public School through graduation in 1958. She was united in marriage to Frank R. Lenzmeier on May 31, 1958 in Wahpeton, ND. From this union they were blessed with five sons. The family lived in Wahpeton, ND area for several years. During her years there Elaine worked in the business offices at St. Francis Hospital in Breckenridge and at the Breckenridge Clinic. In 1969 the family moved to West Fargo, ND, where she was a homemaker and helped with the family building business. When this marriage ended in 1977, Elaine began working for BCBSND in Fargo in Medicare Claims Processing and later became a Systems Analyst for Medicare Part A. She retired in 1998 after 22 ½ years with the company. Elaine married Joseph Frison 1989 and following retirement in 1998, they began many years of being snowbirds, traveling to south Texas and Arizona for the winters in a 5th wheel trailer and pickup truck. It was in south Texas where she learned to square dance and she and Joe enjoyed several years of dancing and meeting and acquiring new friends there. Then it was off to Tucson, AZ. After a few more years in the trailer, they decided to buy a manufactured home in an over-55 park. Elaine’s brother Clyde and wife Pauline live in Tucson, so this was a chance to spend some family time, while enjoying the beautiful weather, biking, hiking in the mountains and gaining more great friendships. After many years in Tucson, it came time to downsize, and the decision was to sell the Tucson home. Throughout her life the things that brought Elaine the greatest joy was spending time with children, grandchildren, many of them living throughout the country. During the traveling years they were all visited as often as possible. She was famous for sharing her homemade banana bread and chocolate chip cookies with those near and far. They never knew what they would find inside as she liked to experiment with lots of ingredients. Elaine also made many quilts and cozy blankets for grandchildren and great grandchildren, especially for new babies and graduations. Many of Elaine’s children and grandchildren played in sports and Elaine and Joe would get to as many games as possible, again near and far. Even to Texas and New Mexico where grandchildren played basketball and football. Elaine was a Hope Inc booster, having a great grandson who was a dynamo sled hockey player. She became an enthusiastic fan of the Bison, Vikings, and MN Twins. Many hours of fun was had with family playing, Frackle, Hand and Foot, Uno, Go Fish, Croquet and Monopoly. Elaine hated Monopoly because it took too long, and she never won. (But it was family) Because of Elaine’s love for the incarcerated and her strong belief that all people need love and rehabilitation, she became involved with Prison Fellowship Ministry while she was in Tucson. For several years she was part of a group who were blessed to go into state and federal prisons as a mentor and to share the love of Christ. Elaine was a volunteer for many summers with Hospice of the Red River Valley, spending compassionate time with patients during their final months and days. Elaine also tutored elementary students while in south Texas and new Americans in Fargo and Moorhead. One of things that Elaine especially enjoyed during her later years was singing with the Prime Time Choir started by Northview Church, but the members of the choir were from several denominations. They held many concerts per year at nursing homes, retirement homes and veteran’s homes, sharing their love of Jesus and their love for singing with people in their later years of life. It was so sad when Covid came along, and these wonderful times of sharing and fellowship had to stop. The message Elaine would like to leave is, love one another unconditionally, serve wherever you can and keep Jesus in your heart. Elaine is survived by her husband, Joseph, Fargo, ND, three sons, Timothy Lenzmeier (Jody) Windsor, CO, Mark Lenzmeier (Mary), West Fargo, ND, David Lenzmeier (Stacey) Moorhead, MN, stepchildren, Tony Frison, Versailles, IN, Kimberly Frison, Gibbon, MN, Jeffrey Frison, (Samantha), McKinney, TX, Trisa Keys, Fargo, ND, Gregory Frison, Becker, MN, brothers, Kenneth Tabor (Sharon), Iron, MN, Clyde Tabor (Pauline), Tucson, AZ, sister Maxine Blackburn Kellogg, MN, many grandchildren, great grandchildren, nephews and nieces. She was preceded in death by her parents and 3 sons, Frank Jeffrey Lenzmeier, Michael Scott Lenzmeier and stepson, Alan Frison, brother-in-law Larry Blackburn. The family would like to thank Sanford hospice for their great care they gave to Elaine and the rest of the family. A memorial service will be held at 10:00 a.m. with visitation starting at 9:00, on Friday, January 7, 2021, at Boulger Funeral Home and Celebration of Life Center, Fargo. The family requests that masks be worn to protect those that are compromised - masks will be provided.