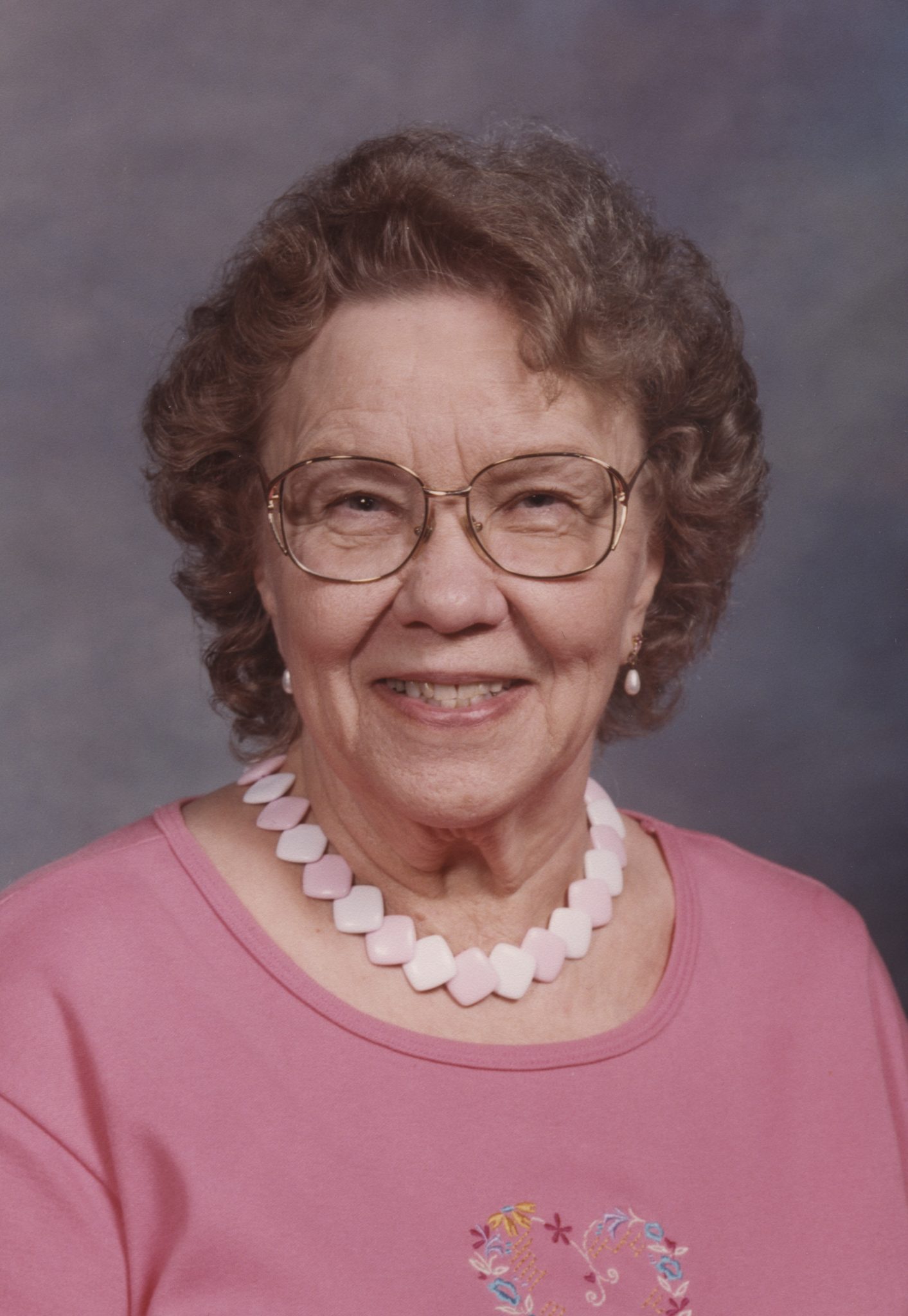 Eleanore Clarice (Groth) Schroeder - age 92 - passed away at Eventide Nursing Home on September 29, 2018 Eleanore was born June 5th, 1926 in Enderlin, ND to Clarence and Olga (Storelee) Groth. Eleanore graduated from high school at Nome, ND in 1944. During high school she worked as a telephone operator, a bookkeeper, and also at the Nome Café. After high school she moved to Fargo and attended Dakota Business College and worked at deLendrecies Dept. Store. Eleanore married Einar Hilton in 1946, and moved to Clifford, ND. Eleanore and Einar had 4 children: Roger, Rodney, Randy and Renae. Eleanore worked at the Postal Service with Einar as clerk and post master. She also was the bookkeeper for the Farmer’s Elevator. They later moved to Fargo where Eleanore was employed by Cresent Jewelers. Einar and Eleanore divorced in 1966. Eleanore married Dwight Schroeder in 1970. Dwight had 4 kids from a previous marriage: Dana, Janice, Dwight and Daria. Eleanore worked for the Pioneer/Midweek for awhile selling advertising before her and Dwight opened up a Youth Club briefly and then decided to start a Commercial Day Care Center which they named Dutchess Day Care Center, because Dwight’s nickname was Duke since he was a young boy and he had Duke’s TV Service. The two operated alongside each other until 1980 when they sold the building and moved to an apartment in North Fargo where they were caretakers for 20 years before returning back to West Fargo. Eleanore worked at Lutheran Social Services / Great Plains Food Bank after closing the day care and even took calls from Willie Nelson who made donations. Eleanore retired in 1988. She was a member of the American Legion Auxiliary and both she and Dwight volunteered for AARP for many years. Eleanore and Dwight enjoyed traveling, camping, and spending time with their family. Eleanore always had a smile on her face, and was so friendly and outgoing to everyone she met along the way. She enjoyed life, and maintained a good attitude even after Dwight passed away in 2012. Eleanore enjoyed singing with Renae, Nessie (mom's nickname for Vanessa), and Drew. She loved the holidays and all that went with it, baking with her grandkids, etc. Eleanore moved to Eventide Nursing Home in 2015 and made an impression on those around her there, as well. Eleanore’s family meant everything to her, and although she suffered from Alzheimer’s, she never forgot those who loved her. Eleanore is preceded in death by her parents Clarence and Olga Groth, 2 brothers Vernon and LeRoy, son Roger, granddaughter Nichole, and Husband Dwight. Eleanore is survived by sister, LaVaun (Bob-forever in our hearts) Tvenstrup, Anchorage, AK. Brother, Garry (Alice) Groth, West Fargo, ND. Sons Rodney (Terry) Hilton, Altus, Oklahoma. And Randy Schroeder, Grand Forks, ND. Daughter, Renae (Michael) Sirek, Moorhead, MN. Dwight’s children, Dana, Janice, Dwight, Daria and their families. Grandchildren, Nathanial (Angel) Hilton, Janelle Hilton, Matthew Hilton, Jeremy Hilton, Erica Hilton, Craig (Stacy) Hilton, Cody Nulph, Kyle Schroeder, Casey Schroeder, Kayla (Patrick) Mattheis, Vanessa Sirek (Justin Slusser), Drew Sirek, many great-grandchildren, nieces, nephews, friends, and loved ones.