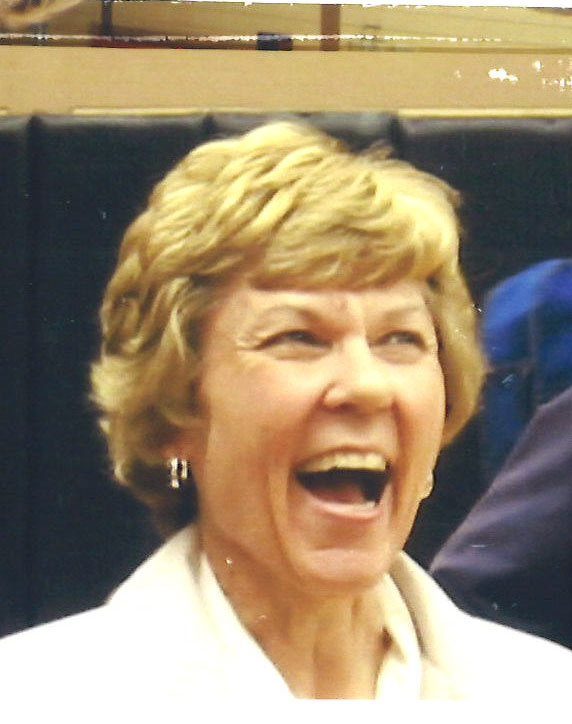 Elizabeth (Betty) Ann Myers was born June 11, 1944 in Austin, Texas, the second of five children. She graduated with honors in 1962 from Spring Branch High School (Houston) where she was active on the yearbook, Math Club, and the Latin Club. She attended Southwestern University in Georgetown, Texas and then finished her degree in elementary education at the University of Texas at Austin from which received as B.S. in the Fall of 1965. Later Betty was awarded M.S.(1983) and Ed.D. (1985) degrees from the University of North Dakota. She married David B. Myers August 13, 1966, the same year they moved to Austin, Texas where David worked on his PhD at the University and Betty taught at Casis Elementary School, a laboratory school for UT. In 1972 Betty and David moved to Moorhead, Minnesota where David began teaching philosophy at Moorhead State College (now Minnesota State University Moorhead). Betty taught and supervised student teachers in the Department of Education at Moorhead State College that first year. After completing graduate studies in school administration. Betty began working for Moorhead Area Public Schools in 1984 as a second-grade teacher at Riverside Elementary School. From 1987-2003 she served as principal at Robert Asp, which served fifth- and sixth-grade students. During her tenure at Robert Asp, Betty became a leader and mentor to many teachers and administrators in the district. She was known for her high standards and for having the ability to make every teacher, staff member, student, and parent at the school feel valued. She knew the names of all the students at her school. Betty retired from the district in 2004 after serving her final year as principal of Riverside Elementary, returning to the school where she first began teaching. Among her many honors and awards: Riverside Teacher of the Year in1985 and Distinguished Service Award from the Art Educators of Minnesota. In 2002 Betty was given the honor of conducting the Moorhead Elementary School Orchestra in Chicago before hundreds of people at the Midwest Regional Music Educators’ Conference. She remembers that experience as one of the highlights of her career. Betty was inducted into the Moorhead High School Hall of Honor for Educators in 2016. Betty will also be remembered for the many cards she wrote, offering words of encouragement to both teachers and staff. Her generosity and sense of humor will be remembered by everyone who worked with her. Despite the many demands of her work as a principal, Betty made time to serve on community task forces related to juvenile justice and on the boards of Lost and Found Ministry, Cultural Diversity Resources and Temple Beth El (Reform Synagogue). After retiring from teaching, Betty became a hospice volunteer. Later she converted to Judaism under the direction of Rabbi Janeen Kobrinsky. She was drawn to Judaism for many reasons: its strong emphasis on acts of loving-kindness, the Sabbath understood as a joyous time for rest and renewal, the way it welcomed questions, its invitation to practice gratitude, and the beauty of words of prayer in Hebrew, especially as sung by Rabbi Kobrinsky. She is survived by her husband, David, her son Aaron, her grandson Christian, and by her brothers: Gary Reimer, David Reimer, and James Reimer. Betty was preceded in death by her parents—Melvin and Ruth Reimer—and her younger sister, Dorothy Reimer Winkles.